WABC
JERSEY CITY, New Jersey (WABC) -- The governors of New York and New Jersey have seemingly reached an understanding regarding congestion pricing, the controversial plan to toll all vehicles traveling south of 61st Street in Manhattan as a way to discourage traffic and raise money for the city's ailing subways and regional commuter rail systems.

New Jerse Governor Phil Murphy said Wednesday he has a "conceptual understanding" with New York Governor Andrew Cuomo that commuters will not be doubly charged if they take a bridge or tunnel and that all three Hudson River crossings be "treated equally" under congestion pricing.

He said he was also assured that New Jersey will have a seat at the table when the specifics of congestion pricing are decided by the MTA.

Murphy said he also agreed with Cuomo that the Port Authority must incorporate electronic tolling at all its crossings for congestion pricing to work.

The actual amount of the credit, if any, is still to be decided.

Murphy said an additional benefit of installing electronic tolling at the George Washington Bridge would be to potentially eliminate some of the infamous traffic backups from the toll plaza onto the streets of Fort Lee.

"The MTA will determine congestion pricing and will be doing a traffic study over the next two years," Cuomo said in a statement. "They will consider all crossings as well as New Jersey crossings. No conclusions will be reached by the MTA until all studies are completed. The Port Authority is long overdue in its transition to electronic tolling which saves commuters and the agency time and money."

MTA Chairman and CEO Patrick Foye said there is no deal and released the following statement:

"With all due respect to Governor Murphy, we have no idea what he is talking about. No agreement has been reached with New Jersey or anyone else on credits, exemptions or carveouts because the MTA will determine the Central Business District tolls and other terms once the Traffic Mobility Review Board has made its recommendations and traffic and congestion analyses are completed."

The first-in-the-nation tolls were approved by lawmakers in Albany earlier this year and are expected to be imposed starting in 2021.

Similar tolls are already in place in cities including London, Singapore, Stockholm. 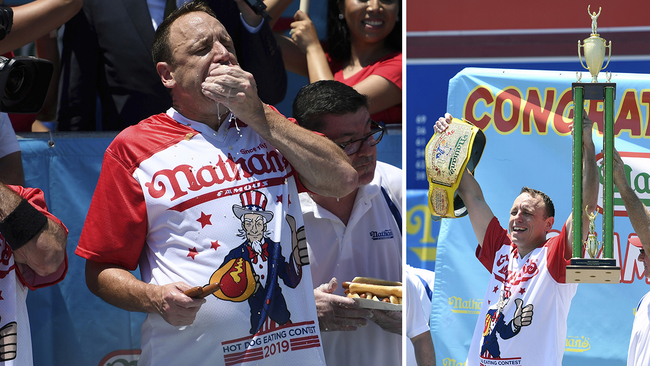