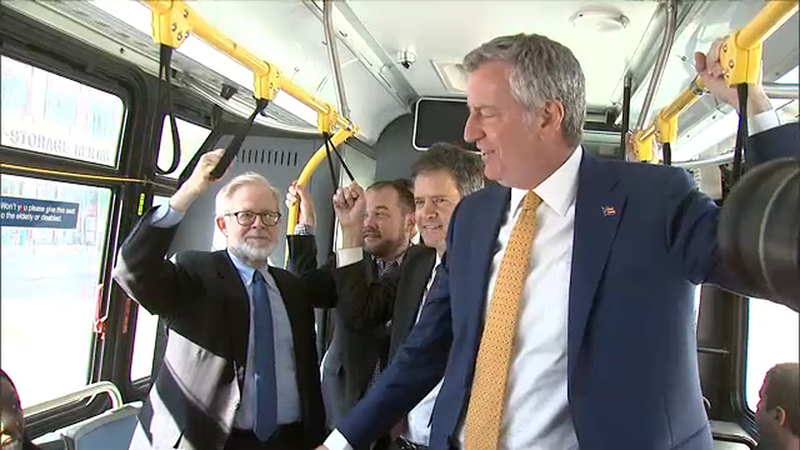 Select Bus Service to be expanded

NEW YORK (WABC) -- There is some good news for those who rely on bus service in New York City.

De Blasio says the city plans to expand the faster bus service to 21 more routes over the next 10 years.

Those plans include new routes in all five boroughs, adding about 2 to 3 new routes each year.

Right now the Select Bus Service serves only about 12 percent of the MTA's daily bus riders.