WABC
By Marcus Solis
LAGRANGEVILLE, N.Y. (WABC) -- Friends, family and fellow officers gathered Thursday to bid a final farewell to a rookie NYPD officer killed in a police van crash in the Bronx.

Funeral services were held for Michael Williams in Lagrangeville, near Poughkeepsie.

Williams was remembered as a young man who died doing what he loved most, who fulfilled his dream of working in the only department he ever wanted to be a part of.

With bagpipes playing Amazing Grace, the casket was carried into the church amid a sea of blue, as thousands of police officers from departments near and far stood at attention.

The 25-year-old grew up in Putnam County, the son of a Carmel police officer who began his career as a sheriff's deputy.

Mayor Bill de Blasio and NYPD Commissioner William Bratton eulogized Williams and spoke of his character and the contributions he made, however brief, to the force. Williams joined the NYPD just three months ago.

Perhaps the highest praise came during Bratton's eulogy when he said Williams' passion reminded him of himself, and that the department lost a solid cop through and through.

Williams was also remembered for his love of basketball, which he got from his mother.

But ultimately little Mike wanted to be like big Mike, Michael Sr., still on the job on the Carmel police force.

On Wednesday night, hundreds came together at his wake in Duchess County.

Williams was killed on Sunday when the police van he was riding in crashed in the Bronx.

The driver crashed into a barrier on Bruckner Boulevard in Hunts Point.

Eight other officers were injured, but Williams was thrown from the rear of the van and killed. 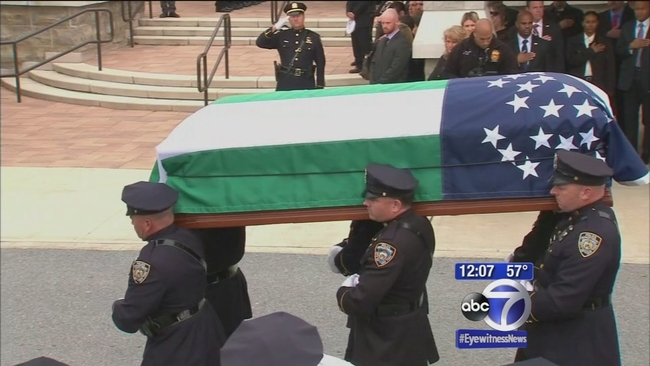 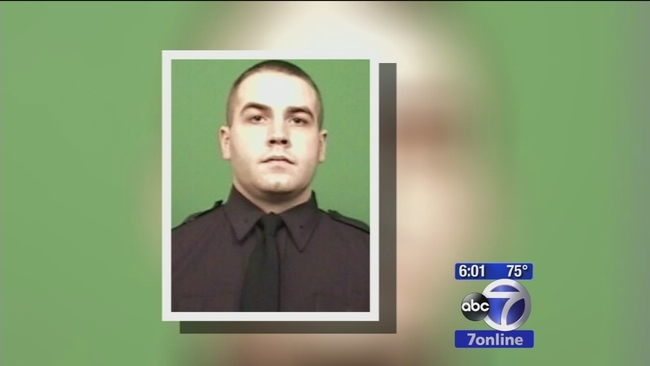