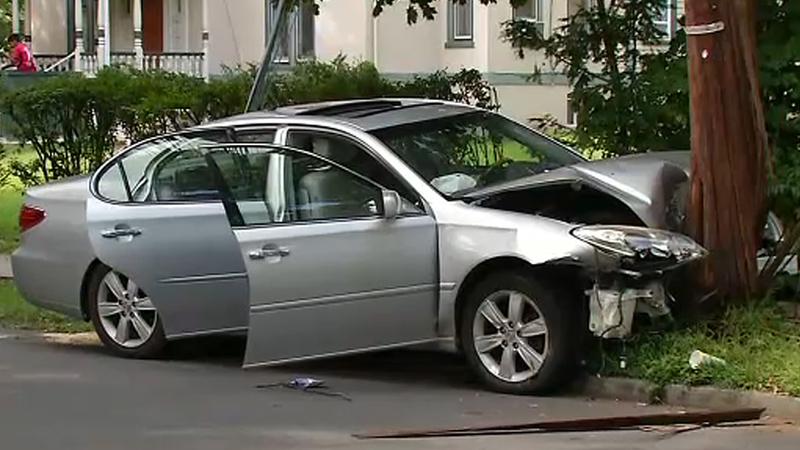 NORTH PLAINFIELD, New Jersey (WABC) -- Police in New Jersey were involved in a chase that ended with a crash and a pedestrian struck Friday.

The incident happened on Washington Avenue in North Plainfield.

The vehicle involved in the pursuit apparently struck a person on the sidewalk outside a Yeshiva before slamming into a telephone pole.

That victim, described only as a young person, was taken to the hospital in unknown condition.

Authorities say a female jumped from the crashed vehicle and attempted to enter a house on the street. The homeowner said the woman tried to come inside, but that the pursuing officers quickly arrested her.