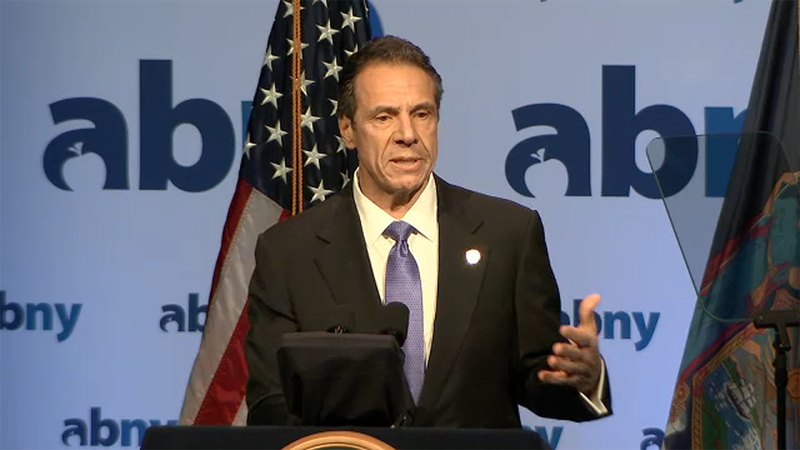 NEW YORK (WABC) -- New York Governor Andrew Cuomo has announced plans to expand the number of tracks with a goal of increasing capacity by 40 percent at Penn Station.

"Twenty one tracks are not enough," Cuomo said at an event on Monday.

The plan creates new, larger terminals, and will increase track and train capacity by 40%, addressing the underlying and most critical problem at the busiest transit hub in the Western Hemisphere.

Eight new tracks will be built south of the current station.

"This will improve how more than half a million New Yorkers commute, travel, and work every day, while transforming Penn into the world-class facility the Empire State deserves," Cuomo said.

Cuomo said the additional tracks would free up space to entirely redo the old Penn Station.

He said they are also looking at acquiring the MSG Theater to open a new entrance to Penn Station on Eighth Avenue.

Cuomo added that the improvements can be made without federal funding.