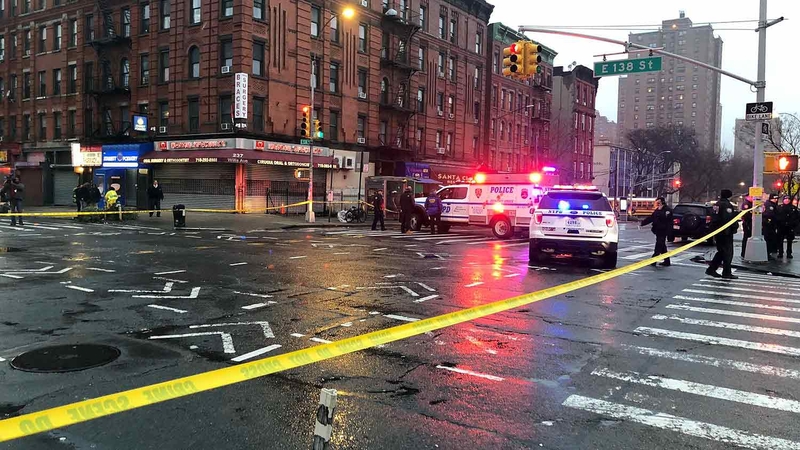 MOTT HAVEN, Bronx (WABC) -- A city sanitation vehicle with a plow operated by a 33-year-old Department of Sanitation Department employee apparently struck and killed a woman in the Bronx Tuesday morning.

Authorities said the victim was struck at Willis Avenue and East 138th Street. She was walking eastbound by herself when she was struck.

Investigators say the driver was traveling eastbound on East 138th street and making a left in an attempt to go north on Willis Avenue.

The sanitation vehicle continued without stopping.

No arrests or summonses have been issued, but the investigation is ongoing. The sanitation worker apparently involved in the accident has been suspended.

The woman was pronounced dead at the scene. She has not been identified.

Maximo Diaz said he was driving his car at the exact same intersection at the same time.

"I almost hit her because she's so small. I didn't see her," he said.

Diaz said he believes the driver of the plow didn't realize what he had done.

The sanitation department released a statement, saying that it is fully cooperating with police and conducting its own investigation.