Cadet Brandon Jackson, a 20-year-old sophomore from Queens, died in a single-car accident at around 1:50 a.m. Sunday in in Croton in Westchester County, according to police and the U.S. Military Academy.

Police in Croton-on-Hudson said Jackson was driving by himself when he hit a guardrail. The accident is under investigation. Police and academy officials did not provide information on where Jackson was headed when his vehicle crashed about 20 miles south of West Point, across the Hudson River from the academy.

Jackson was a starting defensive back and recorded two solo tackles and one assist in Army's 31-14 win Saturday over Rice. Army is 2-0. 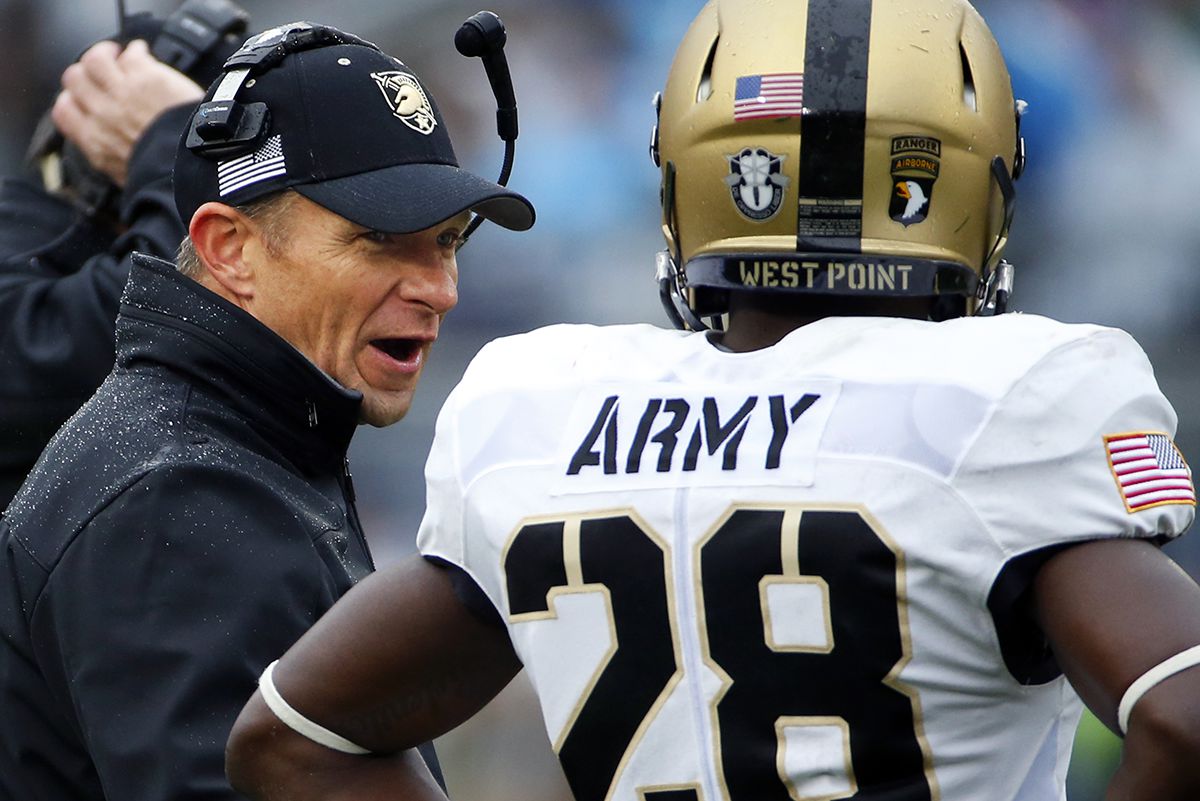 Army head coach Jeff Monken, left, talks with cornerback Brandon Jackson (28) during a timeout in the first half of an NCAA college football game against Penn State on Oct. 3, 2015

"We will honor his life as we mourn the untimely death of a young man who had a promising future as a leader in service to our nation," said West Point Superintendent Lt. Gen. Robert L. Caslen Jr. "Brandon internalized our watch words: duty, honor, country."

Caslen said Jackson was following the example of his mother, an Iraq War veteran.

"Words cannot describe the grief that our team is feeling over the loss of our brother and friend Brandon," Monken said.

The NCAA posted a tribute to Jackson on social media:

We join Army in mourning the loss of Brandon Jackson, who died in a car accident yesterday: https://t.co/r4w0mU2ioK pic.twitter.com/iABgAM3eyt