Weather, traffic and other things to know for the holiday getaway 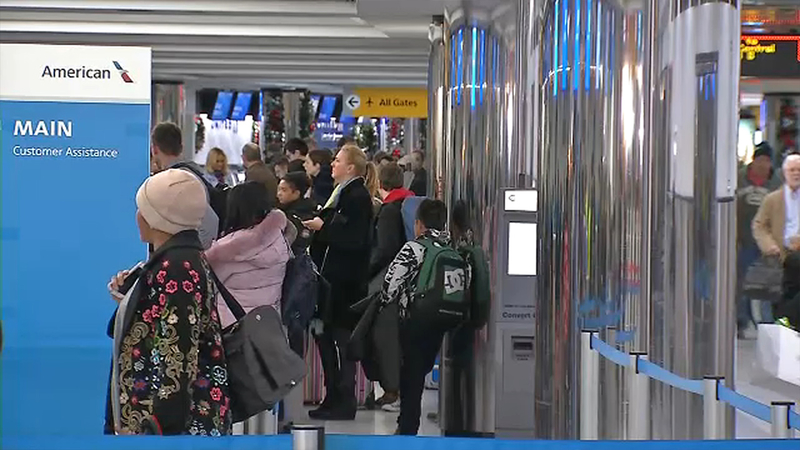 Weather, traffic and other things to know for the holiday getaway

NEW YORK CITY (WABC) -- Wintry weather will have some impact on one of the busiest of the holiday season as schools let out for vacation and people head home (and elsewhere) for Christmas.

RELATED: Behind the scenes at JFK Airport

LaGuardia Airport has already been packed with holiday travelers this week.

A reminder if you're flying out of there, the airport is surrounded by construction and six airlines have switched terminals, so double check your boarding pass.

To help alleviate any potential problems at LaGuardia, the MTA announced that the LaGuardia Link Q70 bus will be free through January 2 to help reduce roadway congestion around LaGuardia Airport during the busy holiday period. The Q70 bus, MTA's LaGuardia Link, runs from the 74th Street and Roosevelt Avenue subway station and provides connections to the 7, E, F, M, R subway trains. The MTA has expanded the M60 Select Bus Service (SBS) to serve all passenger terminals at LaGuardia. The MTA recently installed three SBS ticket machines at the Terminal A bus stop.

You might also notice a lack of construction-related lane closures on New York state highways as you begin your holiday getaway.

Governor Cuomo announced that all non-essential lane closures will be suspended beginning Friday until Tuesday, and then again in the days leading up to the New Year's holiday.

It's all in an effort to make holiday travel as painless as possible.

Winter weather could be a major factor during the holiday getaway, depending where one is headed. A winter weather advisory has been issued for areas north of New York City.

Very slick travel is forecast Friday afternoon and evening in the Northeast -- north of New York City into New England, where travel delays are possible in Boston.

The storm system reaches most of the I-95 corridor by Saturday with rain from Washington, D.C. to Boston.