Man in custody after wild spree with tree branch across Manhattan 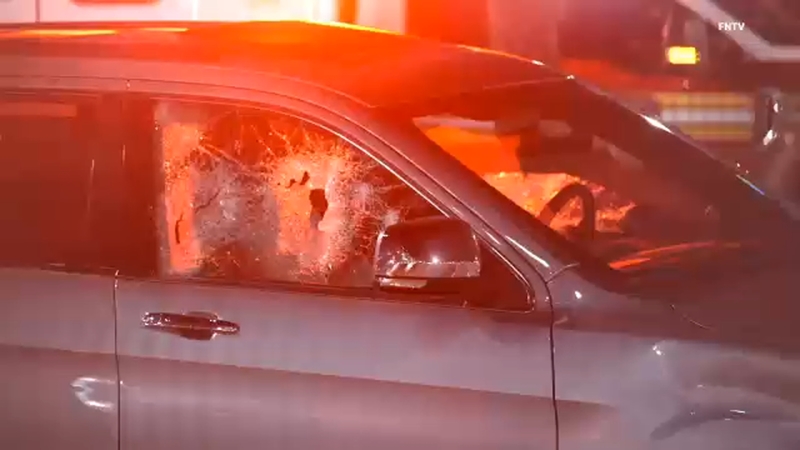 Man in custody after wild spree with tree branch

MANHATTAN (WABC) -- A man is in custody after he injured 10 people and damaged six vehicles during a wild rampage with a tree branch in Manhattan Saturday.

Police said the violent chaos started just after 6:30 p.m. on the northbound 1 train platform inside the Canal Street subway station when Thompson struck three people over the head with the branch for no apparent reason.

He then left the station where he approached another woman near Varick and Canal Streets and hit her in the head with the branch.

They all suffered bleeding from lacerations to the head.

Police said Thompson then went up to a car and attacked the male driver.

The victim ran off, but left the engine running and Thompson got behind the wheel and sped off.

Thompson then got out and approached another vehicle and smashed the side window of the car sending shards of glass flying, but the female driver did not let him in the car.

Police said he then went after a man and a woman on the street, striking them with the branch.

The man suffered a broken arm and the woman received lacerations and bruising to her leg.

Thompson then approached a third vehicle parked on West Broadway and hit it with the branch, according to police.

The driver fled and Thompson again got behind the wheel and sped off.

Nearly 30 minutes after the ordeal began and roughly two miles away, the car was spotted near West 24th Street and 12th Avenue.

Police said Thompson lost control of the stolen car, crashed into an NYPD radio vehicle, and hit a center median before coming to a stop near Chelsea Piers on the West Side Highway.

The officers were forced to break the driver's side window and eventually used a Taser on Thompson, police said.

He was taken to Bellevue Hospital for a psychiatric evaluation.