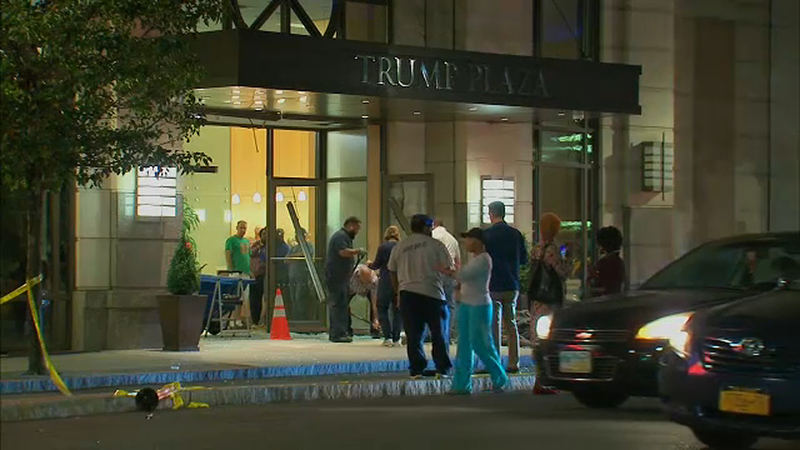 Car slams into lobby of Trump Plaza in New Rochelle

NEW ROCHELLE, Westchester County (WABC) -- Police say a car crashed into the lobby of the Trump Plaza in New Rochelle Tuesday night after the driver apparently suffered a medical condition and blacked out.

The driver, a 63-year-old man, was travelling northbound on LeCount Place, which dead ends at Huguenot Street. Instead of making a turn, the driver continued straight and crashed into the lobby of Trump Plaza.

He suffered injuries along with the Concierge in the lobby, but no one was seriously hurt.

Residents say the driver calmly exited his car after the crash, didn't say a word and just took a seat.
"I just heard like a big boom," said resident Israel Galvan. "And everyone in there heard like something and some didn't. And I just came out this way and I just see all the glass. Then I come down and I see the guy he's like casually just coming out."

The lobby entrance to Trump Plaza sits on a dead end, and the driver apparently came down from that direction. The front of the car was mangled and the air bags deployed.

Police said the driver indicated that he had "blacked out" prior to striking Trump Plaza. He showed no signs of impairment.