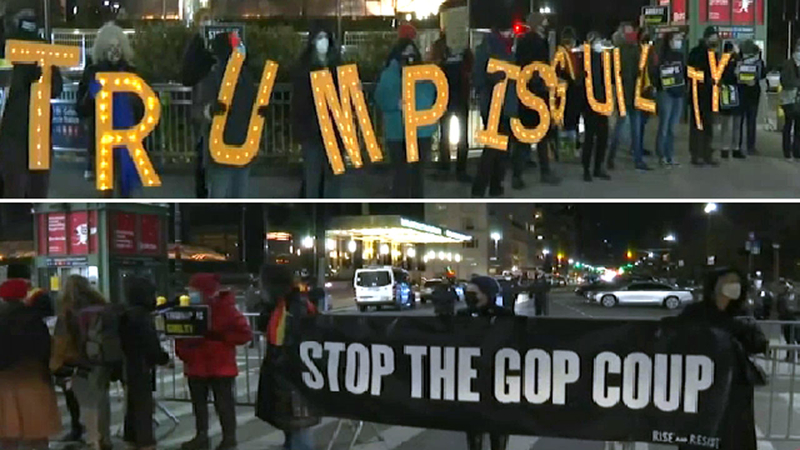 MIDTOWN MANHATTAN (WABC) -- Eight protesters were arrested at Trump Tower Wednesday night, as NYPD officers were advised to be on alert for potential unrest.

The anti-Trump protesters gathered at Fifth Avenue and 57th Street just after 9 p.m. Wednesday as police closed the area around Trump Tower.

Six were issued summonses for disorderly conduct and two were issued desk appearance tickets for other charges.

The protest came as officers were advised in an internal memo to be on alert for potential unrest following protests in the U.S. Capitol.

A separate group of protesters, with the anti-Trump group Rise and Resist, gathered in front of the Trump International Hotel at Columbus Circle Wednesday afternoon.

No arrests were made during that gathering.

The suspensions are the toughest stance many social media platforms have taken against Trump. Among the videos deleted was the president's address to supporters who stormed the capital.