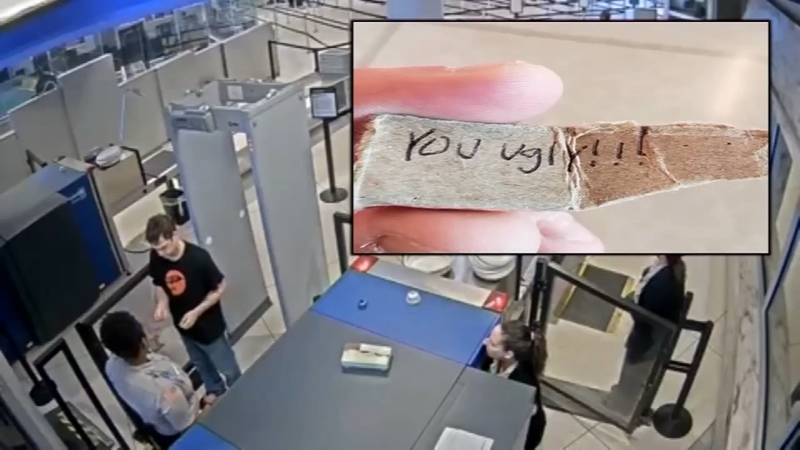 ROCHESTER, N.Y. -- An airport security worker in New York has been fired for handing a passenger a handwritten note that said: "You ugly!!!"

The June incident came to light this week after passenger Neal Strassner obtained security video through a public records request and posted it to YouTube.

The video from Greater Rochester International Airport shows the worker handing Strassner the note after he passes through a metal detector.

Strassner says he didn't think much of it and continued toward his gate. That's when he says the woman yelled out: "You gonna open the note?"

Strassner says that when he did, the woman burst out laughing. He later complained to her supervisors.