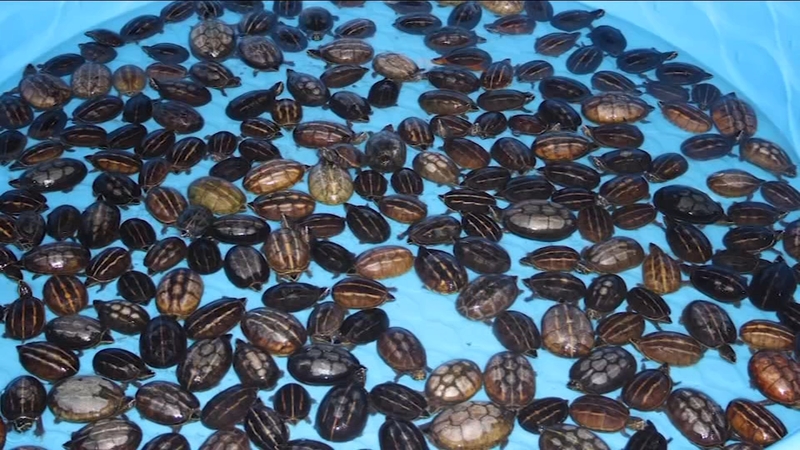 FORT MYERS, Fla. -- Two men have been arrested and charged for poaching thousands of turtles from the wild and selling them illegally in Florida, wildlife officials say.

After receiving a tip in February 2018, the Florida Fish and Wildlife Conservation Commission (FWC) launched an undercover investigation on a 'well-organized' trafficking ring that illegally caught and sold wild turtles to large-scale reptile dealers and illegal distributors, who shipped most of the turtles overseas to Asian markets.

"Putting a stop to this criminal enterprise is a significant win for conservation," said Col. Curtis Brown, head of FWC's Division of Law Enforcement.

More than 4,000 turtles were taken out of the wild and sold over a six-month period, authorities said, and the suspects collected so many turtles they had to move to different parts of the state to find more.

"Wild turtle populations cannot sustain the level of harvest that took place here," said Dr. Brooke Talley, the Reptile and Amphibian Conservation Coordinator for the FWC. "This will likely have consequences for the entire ecosystem and is a detriment for our citizens and future generations."

Over 600 turtles have since been returned to the wild.