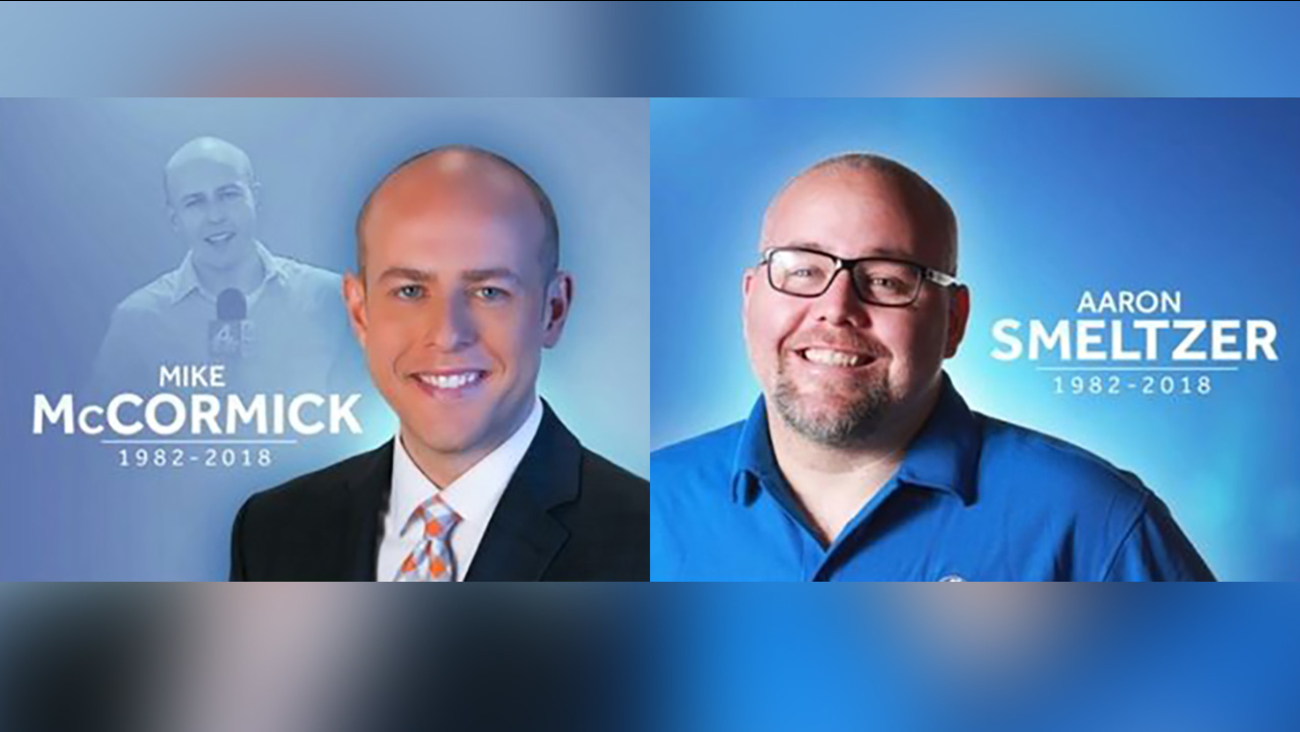 TRYON, North Carolina -- A North Carolina state trooper says a tree fell across a highway, crushing a vehicle from a South Carolina television station and killing a TV anchor and photojournalist.

WYFF-TV says anchor Mike McCormick and photojournalist Aaron Smeltzer were heading to a story when they were killed.

Anchor Carol Goldsmith said on air that McCormick and Smeltzer were "beloved members of our team - our family."

The tree fell in Polk County not far from where a landslide killed a woman in her home on May 19 after heavy rains.

"Two journalists working to keep the public informed about this storm have tragically lost their lives, and we mourn with their families, friends and colleagues," Gov. Roy Cooper said. "North Carolina needs to take Alberto seriously. I urge everyone to keep a close eye on forecasts, warnings and road conditions, especially in western North Carolina where even heavier rain is predicted through tomorrow."

WYFF is based in Greenville, South Carolina.

Smeltzer was the photographer in the Spartanburg bureau.

He "shot news for more than a decade in our region. He is originally from Tazewell, Virginia and graduated from Radford University with a degree in broadcast video communications."