The supermodel, actor and businesswoman who co-created "America's Next Top Model" will replace longtime host Tom Bergeron and take on the role of executive producer, ABC said late Tuesday.

In a statement, Banks said she's a fan of the contest's approach of "fun mixed with raw emotion, seeing celebrities push past their comfort zones, the sizzling dance performances ... it's always transported me to my days of turning it up 10 notches on the catwalk."

Tyra Banks spoke on "Good Morning America" about taking the reins as the new "Dancing with the Stars" host.

Please join us in welcoming @tyrabanks as #DWTS host. Thank you to @Tom_Bergeron and @ErinAndrews for so many seasons of glitz, glamour, and good times! pic.twitter.com/onh91cRgZC

Banks lauded Bergeron, host of the show since its 2005 debut, as having set "a powerful stage" and said she's excited to continue the legacy.

Co-host Erin Andrews also is leaving the series, which is getting a "creative refresh" while honoring America's affection for it, ABC said. Andrews was not expected to be replaced.
Andrews wrote Tuesday via Twitter: "Thank you ABC and the entire 'Dancing with the Stars' family for 6 memorable seasons. Those years wouldn't have been as special without my loving host Tom Bergeron, the talented dancers and witty judges. I will always cherish my days on that set, even if I wasn't the best at walking in heels."

Andrews originally competed as a contestant back in 2010 and returned as co-host in 2014.

The announcement that Banks is joining the show followed word Monday of Bergeron and Andrews' exits. In a Twitter post, Bergeron called working on "Dancing With the Stars" an "incredible 15-year run and the most unexpected gift of my career."

Just informed @DancingABC will be continuing without me. It's been an incredible 15 year run and the most unexpected gift of my career. I'm grateful for that and for the lifelong friendships made. That said, now what am I supposed to do with all of these glitter masks?

ABC thanked the departing Bergeron for his "trademark wit and charm" that helped the show succeed and Andrews for her sense of humor.

Many former "Dancing with the Stars" contestants, such as Olympic gymnast Nastia Liukin, Bindi Irwin and Karamo Brown, expressed their goodbyes to Bergeron and Andrews.

Judge Bruno Tonioli said what a pleasure it was working with Andrews and will particularly miss their "little banters backstage before going live."
Report a correction or typo
Related topics:
arts & entertainmentcompetitiondancingtelevisiondancing with the starsballroom dancing
Copyright © 2020 by The Associated Press. All Rights Reserved.
More Videos
From CNN Newsource affiliates
TOP STORIES 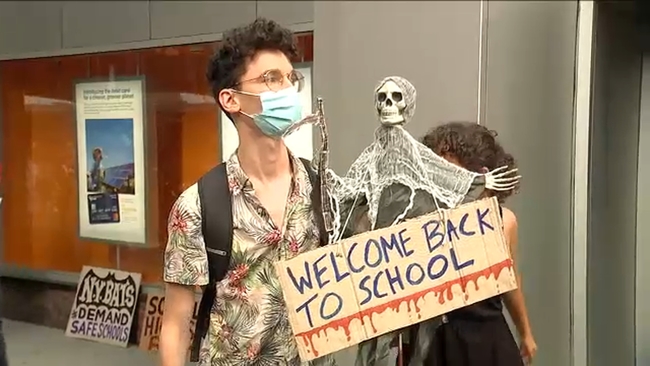