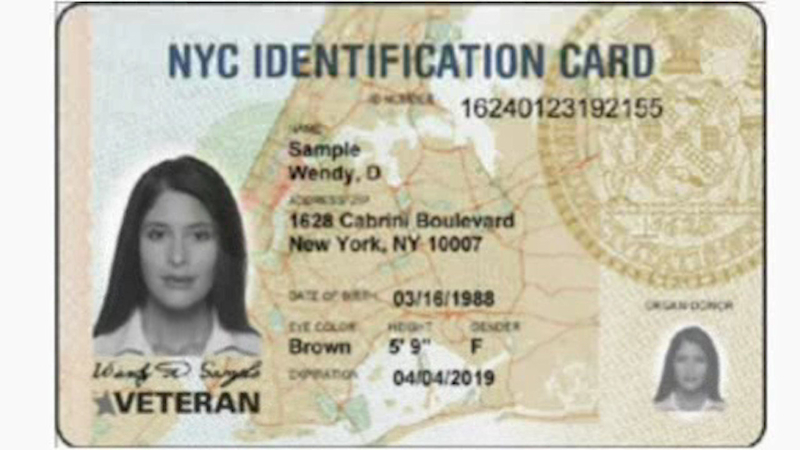 NEW YORK (WABC) -- Opposition is growing due to threats by President-elect Donald Trump to withhold federal money from cities that provide safe havens for undocumented workers.

New York City, with half a million illegal immigrants, many of them use the municipal ID.

It was standing room only at a community meeting held by the Center for Immigration in Port Richmond, Staten Island, with many asking questions about what to expect under President-elect Trump.

Staff members passed out leaflets with information about IDNYC.

Under the program, people can get a free and official ID card with limited documentation.

It is made accessible to nearly half a million people who live in the city without a legal immigration status.

Mayor de Blasio says if the Trump administration wants access to the database, they should expect a real fight.

"IDNYC is a process in which we've really respected people's privacy and confidentiality and we already said there was a process for dealing with any records that we have. We'll think now about any additional approaches we want to take. But, in the meantime, of course people should apply for it," Mayor de Blasio said.

The information can't be disclosed to federal law enforcement or immigration authorities without permission from the city's Human Resources department.

Trump has not asked about the database publicly, but some fear it could soon come up given his stance on immigration and deportation.

"It is conceivable that the government could make claims that cities that protect immigrants are keeping information that should be turned over to the federal government and could seek through judicial subpoena or other methods to obtain that information," said Camille Mackler, Director of Legal Initiatives.

As for those who question national security.

Councilmember Rafael Salamanca says use of this ID is limited.

"There are certain rules and certain laws. You shouldn't be able to get on the plane with this ID," Councilmember Salamanca said.

A provision of the ID law allows for the personal information to be destroyed by the end of the year, but nothing has been decided yet.

The personal information of cardholders includes addresses and dates of birth.