AP
By CHRISTOPHER RUGABER
WASHINGTON -- About 1.5 million laid-off workers applied for U.S. unemployment benefits last week, a historically high number, even as the economy increasingly reopens and employers bring some people back to work.

The latest figure from the Labor Department marked the 11th straight weekly decline in applications since they peaked at nearly 7 million in March as the coronavirus shut down much of the economy and caused tens of millions of layoffs.

The decline was much smaller, though, than in recent weeks, falling just 58,000. The total number of people receiving unemployment aid also fell slightly, reflecting the return of many to their old jobs. The job market appears to have begun a slow recovery.

In May, employers added 2.5 million jobs, an increase that suggested that the job market has bottomed out. The unemployment rate declined from 14.7% to a still-high 13.3%. Even with the May hiring gain, nearly 21 million people are officially classified as unemployed. And including people the government said had been erroneously categorized as employed in May and those who lost jobs but didn't look for new ones, 32.5 million people are out of work, economists estimate.

Thursday's report also showed that an additional 760,000 people applied for jobless benefits last week under a new program for self-employed and gig workers that made them eligible for aid for the first time. These figures aren't adjusted for seasonal variations, so the government doesn't include them in the official count.

The steady decline in jobless claims follows some other encouraging reports that suggest that the lifting of shutdown orders has sparked some pent-up demand from consumers, whose spending largely drives the economy.

Most economic gauges remain far below their pre-pandemic levels, though, and some analysts question whether the recent gains can be sustained, especially if the virus were to surge back. Last month, retail and restaurant sales jumped nearly 18%, the government said Tuesday, retracing some of the record plunges of the previous two months.

Even so, retail purchases remain a sizable 6% below their year-ago levels.
Report a correction or typo
Related topics:
businesseconomycoronavirusu.s. & worldunemployment
Copyright © 2020 by The Associated Press. All Rights Reserved.
UNEMPLOYMENT

Macy's announces it will layoff 3,900 workers 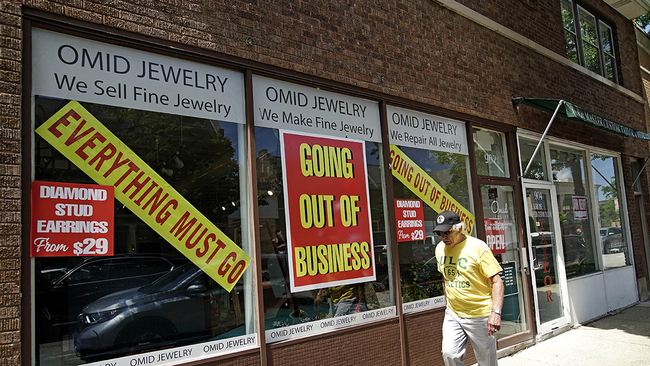 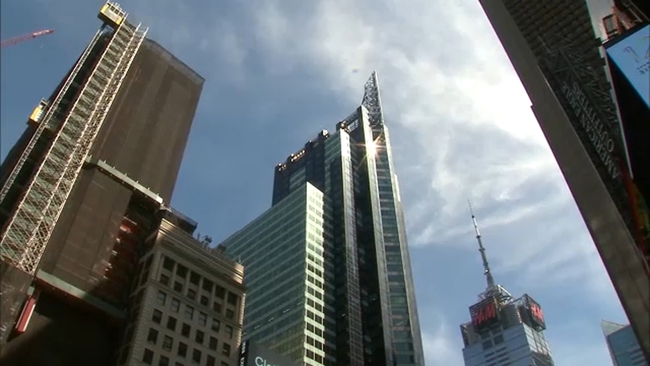