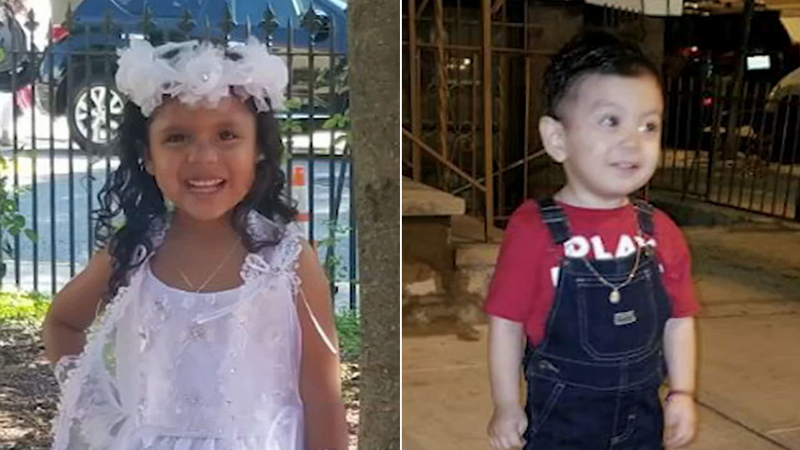 UNION CITY, New Jersey (WABC) -- A community is coming together to rally around the Union City families struck by tragedy in a deadly fire.

Community is mourning after a 5-alarm fire killed several young children from one family in #UnionCity NJ yesterday. Tonight there are still young victims in critical condition fighting to stay alive. pic.twitter.com/N7aDk5VUow

Three young children were killed when a five-alarm fire broke out just before 9 a.m. on Friday.

Mailyn Wood, 5, and her 2-year-old cousin Jason Gonzalez were killed in the fire. Gonzalez's 7-year-old brother Christian died hours later at the hospital.

Eight firefighters were taken to the hospital due to smoke inhalation and heat exhaustion while multiple firefighters received medical treatment at the scene.

"I am heartbroken," Mayor Brian Stack said Saturday. "It is a very difficult day for Union City. I continue to pray for the victims and their families and offer any resources I can to assist them. I am extremely thankful for the efforts of our first responders who gave their all under extremely difficult circumstances."

A vigil was held Saturday night for the three young victims of the fire. The mother of two of those children says her teenage son is in the hospital in critical condition.

The Red Cross is providing temporary assistance to the fire victims and Stack's office will be collecting donations in the form of a check or through a GoFundMe account.

"Union City is a close-knit community and we will rally around these families and offer our continued love and support," Stack said.

If you would like to help, checks can be made payable to the Union City Fire Victims' Fund and may be sent to: