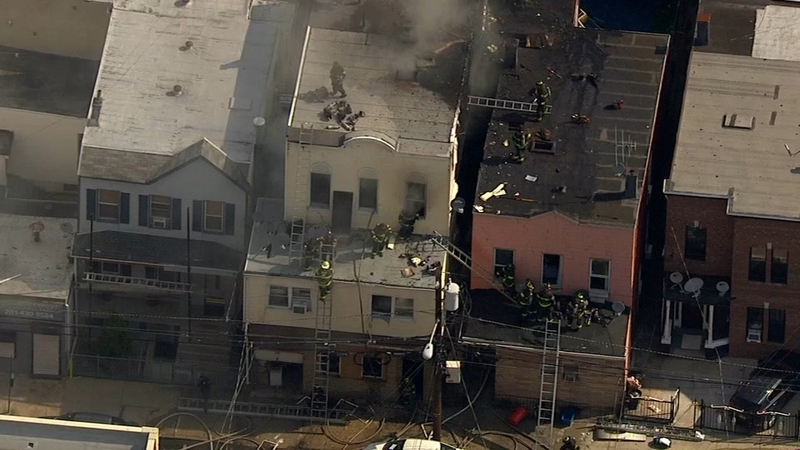 UNION CITY, New Jersey (WABC) -- A deadly fire in New Jersey that claimed the lives of five children and injured several other people in the same family was a heartbreaking tragedy, but now, there are disturbing new questions about whether it could have been prevented.

After the fire last Friday, we are finally getting key clues as to why the children were unable to get out of a third floor apartment. Only one was able to escape. Inspection documents seem to shed light on why.

When the fire started on the first floor of the three-story building in Union City, it is now clear that the six children sleeping in the third floor apartment had very little chance.

Inspection documents we obtained show many serious housing and fire code violations from top to bottom.

News Copter 7 video during last Friday's fire shows the fire escape on the third floor where the six children were blocked by an air conditioner, with fire racing up the inside stairs. That fire escape could have been their only way out.

"This air conditioner probably played a role in this fire in terms of preventing them from getting out of the apartment," said Glenn Corbett, professor of fire science at John Jay College.

Besides the slew of serious fire code violations, housing inspectors days after the fire found the first floor where the fire started was an illegal apartment. They hit the building owner, Jason Chen of Bergenfield, with four violations including building rooms on the first floor without a permit.

Chen must pay $60,000 in fines. It's believed the fire started in that illegal apartment. Add the fact there were no working smoke detectors and a blocked fire escape exit, and the odds of those children getting out were very slim. Only one survived.

"It happened so quick, it happened in a matter of minutes and they had been asleep," said a close family friend.

The question before the Hudson County Prosecutors Office is whether this amount of violations amount to any criminality.

We should also note here that all of these violations came in inspections after the fire.

Did Union City inspect this building any time in the months leading up to the fire and if so, what did they find then?

That's something we'll be looking into.