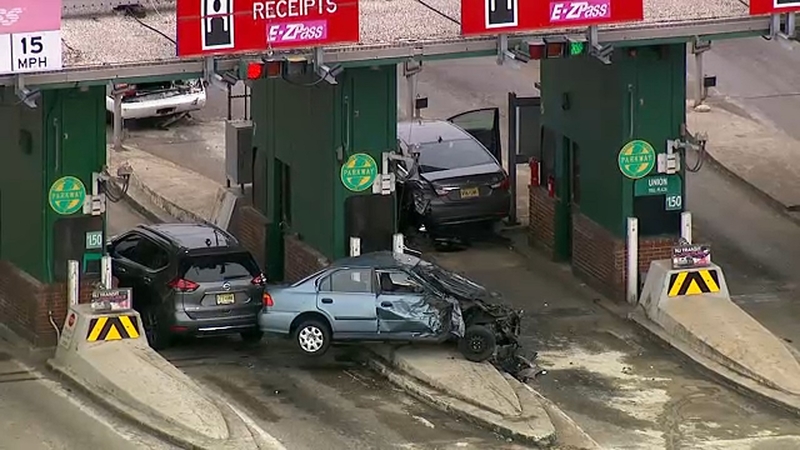 Patricia Lavelle, 83, was pronounced dead shortly after her car struck the concrete divider between the northbound toll lanes at the Union toll plaza around 2:30 p.m.

Authorities haven't said if the crash caused the Neptune woman's death or if it was due to a medical condition.

The accident left her car on its side smashed against the toll booth.

Another driver involved in the crash was treated for minor injuries, but further details were not disclosed.

The cause of the accident remains under investigation.

Authorities say the crash caused travel backups in the area for several hours.