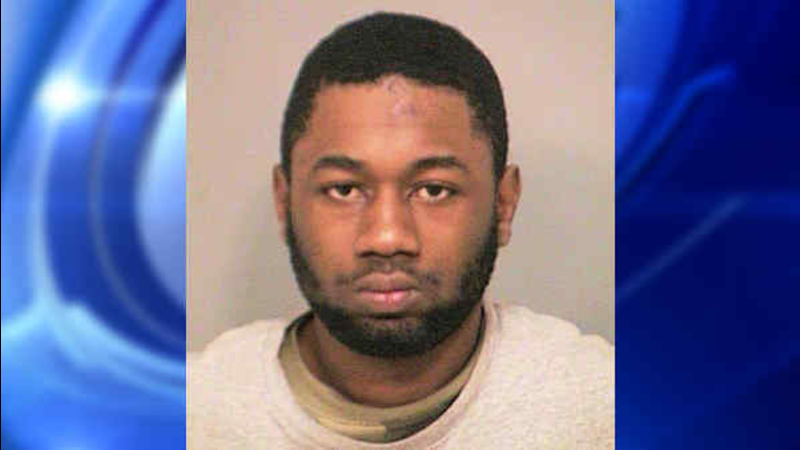 UNIONDALE (WABC) -- A man is under arrest following a Long Island home invasion in which the burglary victim was beaten with a large wooden paddle but still managed to hold the suspect until authorities arrived.

And clearly, the Uniondale homeowner was the wrong guy to mess with just after 10 p.m. Tuesday. Keno Jamell Ramsay, 19, of Cambria Heights, has a bruise on his forehead and faces a host of charges after police say he jimmied open a basement window at the Atom Court home and stole some collectibles. But then, he made his way up to the 53-year-old man's bedroom.

But despite his injuries, the victim wouldn't allow Ramsey to get the best of him.

"I came through the kitchen with him, drug him through," he said. "And I told my son, 'Call the cops , call the cops.' And I held him down."

He said it felt like forever, but officers arrived on scene.

"The 15-year-old was very, very calm throughout the whole thing," Lebrun said. "It lasted about seven minutes."

Shaken neighbor's on the block say they are relieved at the outcome.

"It was one of maybe a couple of break-ins around here," resident Lavern Vanommeren said. "So I'm a bit concerned. But we have a dog, a big dog."

The victim suffered injuries to his chest and arms but refused medical attention.