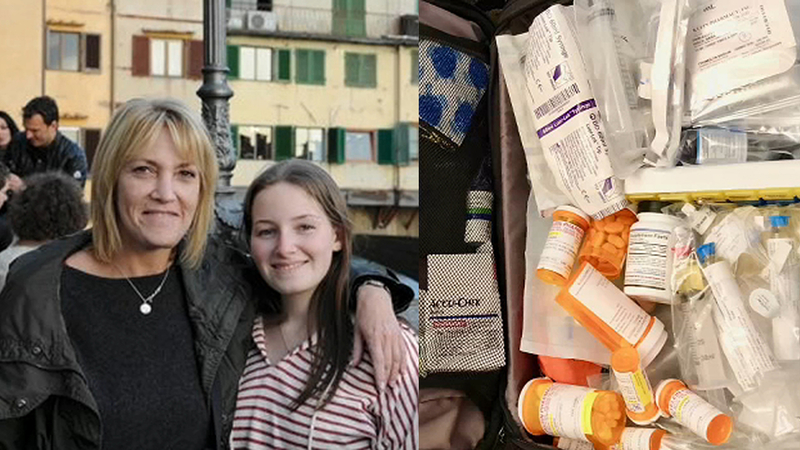 Jill Levy-Fisch of Tarrytown says she and her 22-year-old daughter Sara were about to board a plane from Newark to Halifax, Canada when they were stopped.

She says she told the flight crew that her chronically ill daughter's carry-on bag was filled with medical supplies she desperately needs.

But, Jill claims they were told the luggage had to be checked.

"The gate attendant was belligerent, he was disrespectful, he was nasty and he didn't even give us a chance to explain anything, so we asked to speak with the flight attendant and we couldn't get a word out, he just started spewing things. They were horrible," she said.

In a statement, United Airlines said that after it learned the bag contained medication the airline and its partners at ExpressJet told Levy-Fisch she could remove the medicine and keep it on board.

United says it also offered to store the bag in an onboard closet normally reserved for the crew.

"We reached out to her to apologize for her experience, and refunded her ticket as a gesture of goodwill," the airline said. "We've also reached out to our partners at ExpressJet, who operated the flight, and our team in Newark to review the way this situation was handled."