Warm weather taking financial toll on some businesses, while creating deals for shoppers 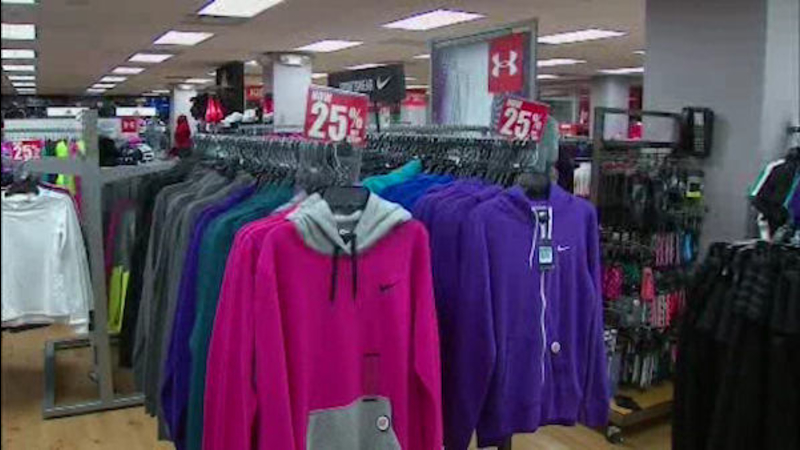 Warm weather hurting some businesses but providing discounts for shoppers

NEW YORK (WABC) -- We joke about the warm weather this fall, but the hard truth is the lack of cold weather is taking a financial toll on folks whose livelihood depends on the cold.

These warm temperatures are freezing their bank accounts, but it could mean some great deals for you.

Around this time last year we had an inch of snow coating the ground, and this year you barely need a coat.

That's making this a December to remember with some businesses cashing in and others cashing out, as shopper's spending habits seem be going up and down with these unusual temperatures.

"I never see this weather in my life," one person said.

"It's pretty crazy, kind of feels like spring, it's pretty awesome," another person said.

With it feeling more like spring, it's kind of hard to sell winter apparel, which means customers at some franchises can now catch some great deals.

But without blistery winds and frigid forecasts, it's been hard for a lot of seasonal street vendors to catch a break.

Meanwhile, no snow falling from the sky means less items falling off the shelves at area hardware stores.

"We have snow melt and shovels and ice choppers and weather seal, all those things are dependent on the cold weather," said Steven Stark, a store owner. "I know snow costs a lot of people money and it's aggravating, and it's a mess, but there are a lot of people who rely on it."

Still, managers at the Shops at Riverside say who needs a white Christmas with warm temperatures drawing in an increased wave of shoppers.

"A lot more people show up when it's warmer out, when it's 20 degrees everybody wants to stay home," said Andrew Morgenroth, the mall manager.

"You kind of want to get out more instead of just staying inside. I'm not doing as much online shopping, I feel like this season I've gotten out a little bit more," said Jacky Corcoran, a shopper.

"Determined either way to get their holiday shopping done, I think so, but take advantage of the nice weather," said Joe D'Angelo, a shopper.