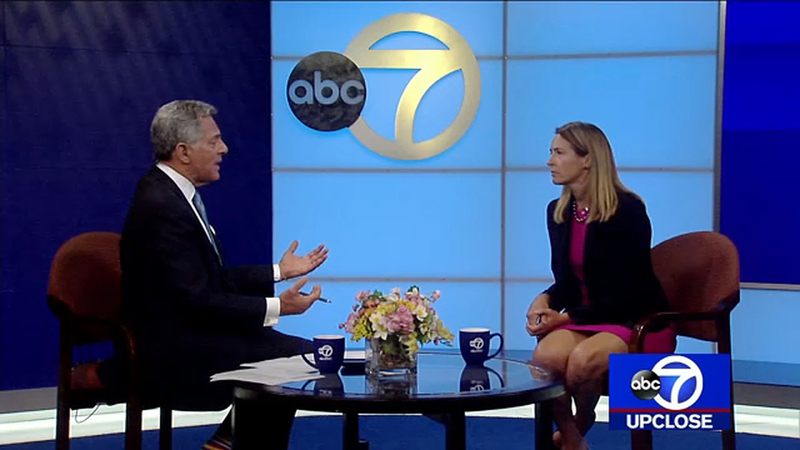 NEW YORK (WABC) -- Congress goes back into session Monday after the summer break and its agenda is full of issues, including tougher gun laws and the push by some Democrats for impeachment of President Trump. But can anything really get done?

Joining us is the first-year Congresswoman from New Jersey, Mikie Sherrill.

Also, this week we remember the 18th anniversary of the 9/11 terror attacks.

Nearly 3,000 people were killed, most of them in Lower Manhattan, as terrorists flew hijacked airlines into the Twin Towers of the World Trade Center.

We won't ever forget what happened on that fateful morning in 2001, but we also won't forget the programs that have arisen from the ashes that show resolve and humanity, and help people.

One of the best known is the Stephen Siller Tunnel to Towers Foundation, helping first responders and their families.

Firefighter Stephen Siller was off duty when the towers were hit. He strapped on more than 60 pounds of his gear and ran through the Brooklyn Battery Tunnel, which is now the Hugh Carey Tunnel. He was one of 343 members of the FDNY who were killed.

Joining us is his brother Frank Siller, the president and CEO of the Stephen Siller Tunnel to Towers Foundation.
EMBED More News Videos

Bill Ritter talks with Frank Siller, the president and CEO of the Stephen Siller Tunnel to Towers Foundation.

Finally, what can we expect this Thursday when 10 Democrats take the stage for the next presidential debate?