Up Close: Crackdown on texting while driving 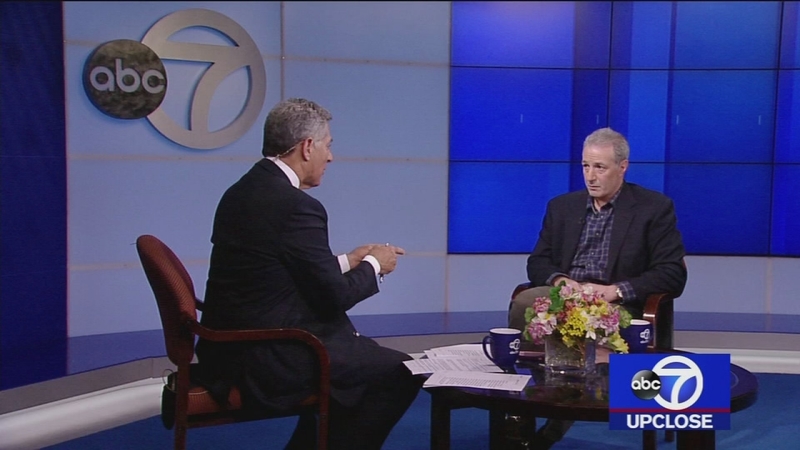 Up Close: Crackdown on texting and driving

NEW YORK (WABC) -- It's a dirty little secret for many people, but you are not generally required to turn over your cell phone to a cop if you're involved in an accident.

But in New York State, that may change.

Textalyzer technology, like a breathalyzer for alcohol, could help determine whether texting contributed to an accident. And it could change everything.

Westchester County resident Ben Lieberman lost his 19-year-old son Evan to a fatal car crash in 2011 and later discovered the driver of the car his son was in had been texting while driving.

He has been pushing for the textalyzer since his son's death.

I recently talked to him about that tragic accident and what he's trying to accomplish to honor his son.

Also this week, 1967 was a time of upheaval: social and political, cultural and personal.

The battle between the personal and the political. The counterculture vs. activism.

I talked with legendary music producer and political maven Danny Goldberg, who has written a book about 1967.

Bill Ritter talks with legendary music producer Danny Goldberg, who has written a book about 1967.

The Fearless Girl on Wall Street is bringing new attention to just how much power women have in business. Or lack of power.

The numbers are not exactly without a gender gap.

Recently, I talked with two women trying to change all that, one business at a time: Tracy Chadwell, one of the few female venture capitalists in the country - funding companies owned by women who are engaged in socially responsible work.

And Tania Yuk, who started a company funded by Tracy that helps her clients companies engage more profitably on social media.

Bill Ritter talks with Tracy Chadwell, one of the country's few female venture capitalists, and Tania Yuk, who started a company funded by Tracy.