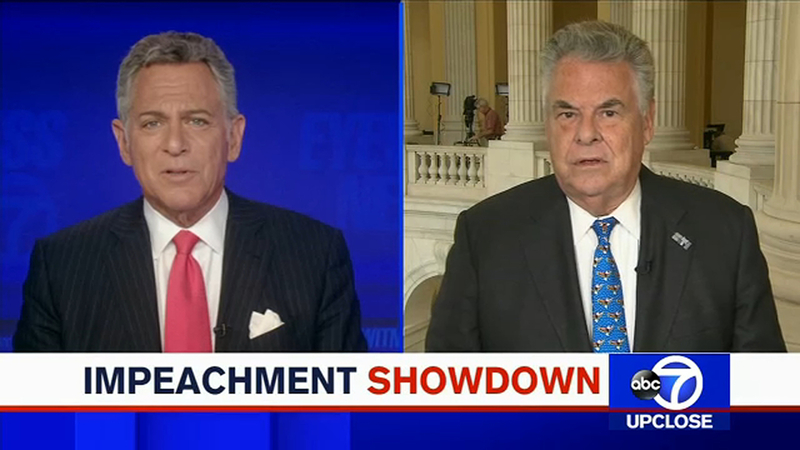 NEW YORK (WABC) -- House Democrats are planning a quick start to their push for impeachment of President Donald Trump, with hearings and depositions starting this coming week.

Should the President of the United States ask a foreign leader to investigate a candidate for president in this country?

It's a question I put to Republican Congressman Peter King of New York.

Also this week: when he was a kid, he would sit at his family's modest home on Long Island and watch the Mickey Mouse club on ABC, Channel 7.

Could that little boy, Robert Allen Iger from the Nassau County hamlet of Oceanside, have ever dreamed that one day he would be running first, ABC, and then the Walt Disney Company?

How did it happen? What was it about him that allowed that kind of upward mobility? What did all those executives see in him?

And what's it like to run the biggest entertainment company in the world?

Bob Iger is out with a new book, "The Ride of a Lifetime", which might become a kind of case study in how to be a chief executive.

We welcomed the Chairman and CEO of the Walt Disney Company to Up Close.
EMBED More News Videos