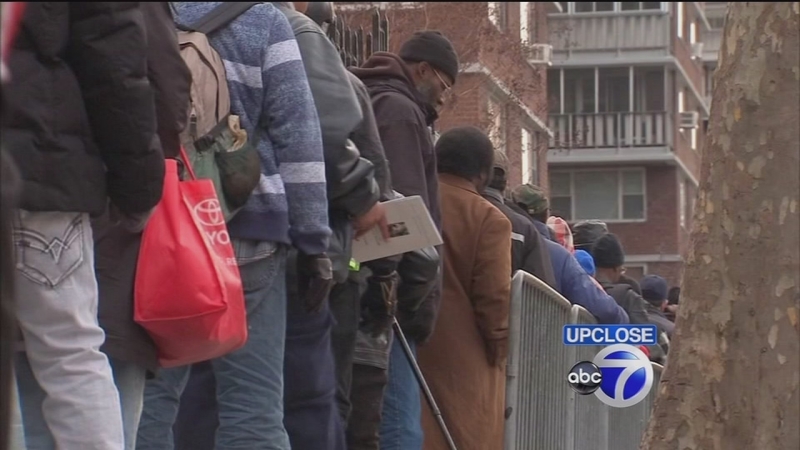 Up Close: Homeless in NYC

NEW YORK (WABC) -- The homeless problem in New York City is either flirting with or at the point of being the worst it's been in decades, or perhaps ever.

Much criticism has been directed at Mayor Bill de Blasio, but the hard truth is this is not a problem wholly of New York City's making.

And finding an answer os difficult at best.

Joining us is Phil Walzak, a senior advisor to Mayor de Blasio.

She wanted to be the first woman to become mayor of New York.

And for a while she was the front runner - the candidate to beat. Until Bill de Blasio grabbed that mantle from her.

With us is Christine Quinn, head of New York's largest and most respected homeless service agency for women and children.
EMBED More News Videos

He's in charge of keeping the peace at Rikers Island but last month, he was the victim of violence.

Shortly after the attack, he joined other correction officers and said the new jail guidelines by New York City's Department of Correction makes their jobs more dangerous.

The rules include putting the brakes on solitary confinement for inmates under 21.

Joining us are Norman Seabrook, president of the Correction Officers Association and Ray Calderon, who was assaulted by inmates at Rikers.
EMBED More News Videos

Bill Ritter talks with Norman Seabrook, president of the Correction Officers Association and Ray Calderon, who was assaulted by inmates at Rikers.