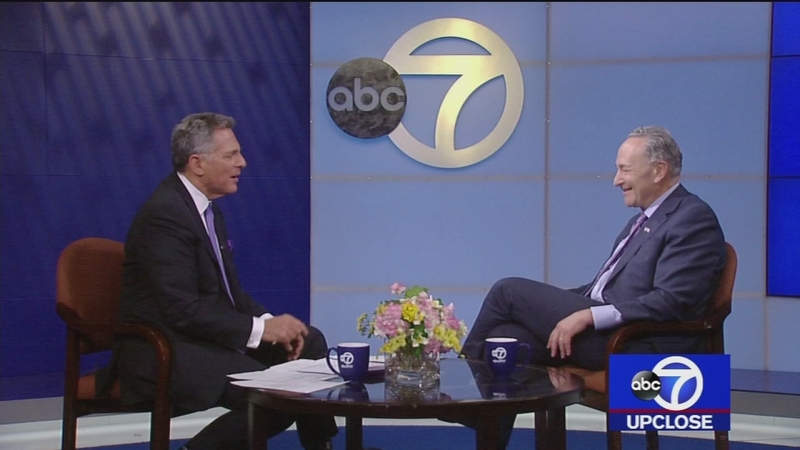 NEW YORK (WABC) -- Our guest on this week's edition of Up Close is the next U.S. Senate Minority Leader, Senator Charles Schumer of New York.

He'll lead the Democrats after Donald Trump is sworn in as the 45th president.

So what will Schumer and his Democratic colleagues do now?

He talks about how his party will deal with the Trump administration.
EMBED More News Videos

Also, the commissioner of New York City's embattled Administration for Children's Services resigned last week, after the beating deaths of two children in the past few months.

So what should be now to prevent more kids from falling through the cracks?