Up Close: Rev. Al Sharpton to lead march against Trump ahead of inauguration 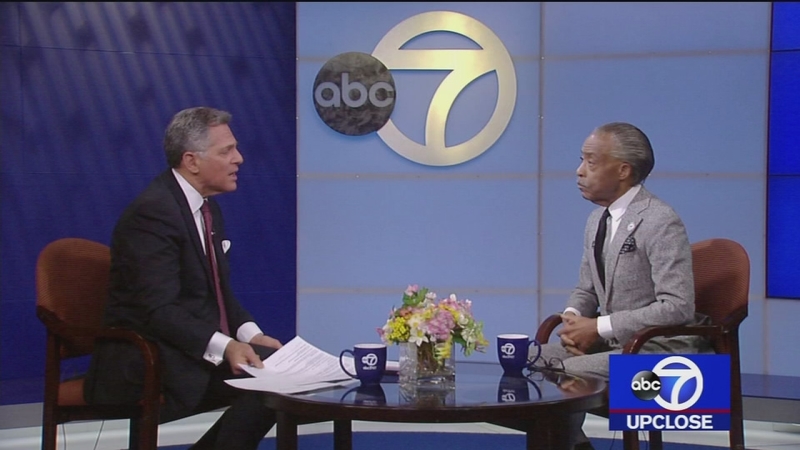 NEW YORK (WABC) -- He's never been elected to any office before, but a week from Friday, Donald Trump from Queens will be sworn in as the 45th president of the United States.

Mr. Trump promised on his first day in office to roll back some key policies of the Obama Administration, including ObamaCare.

The day after the inauguration, scores of thousands of women are expected to march on Washington in an anti-Trump protest.

And days before, Rev. Al Sharpton is planning to lead a march at the Martin Luther King Jr. Memorial, to fight Trump's plans, and his nominees for key Cabinet posts.

Sharpton is our guest on this week's Up Close.
EMBED More News Videos

When Sen. Chuck Schumer from New York was with us, he said he would not just object to a Trump nomination because it came from Donald Trump.

So which cabinet nominees will Schumer and Senate Democrats target?