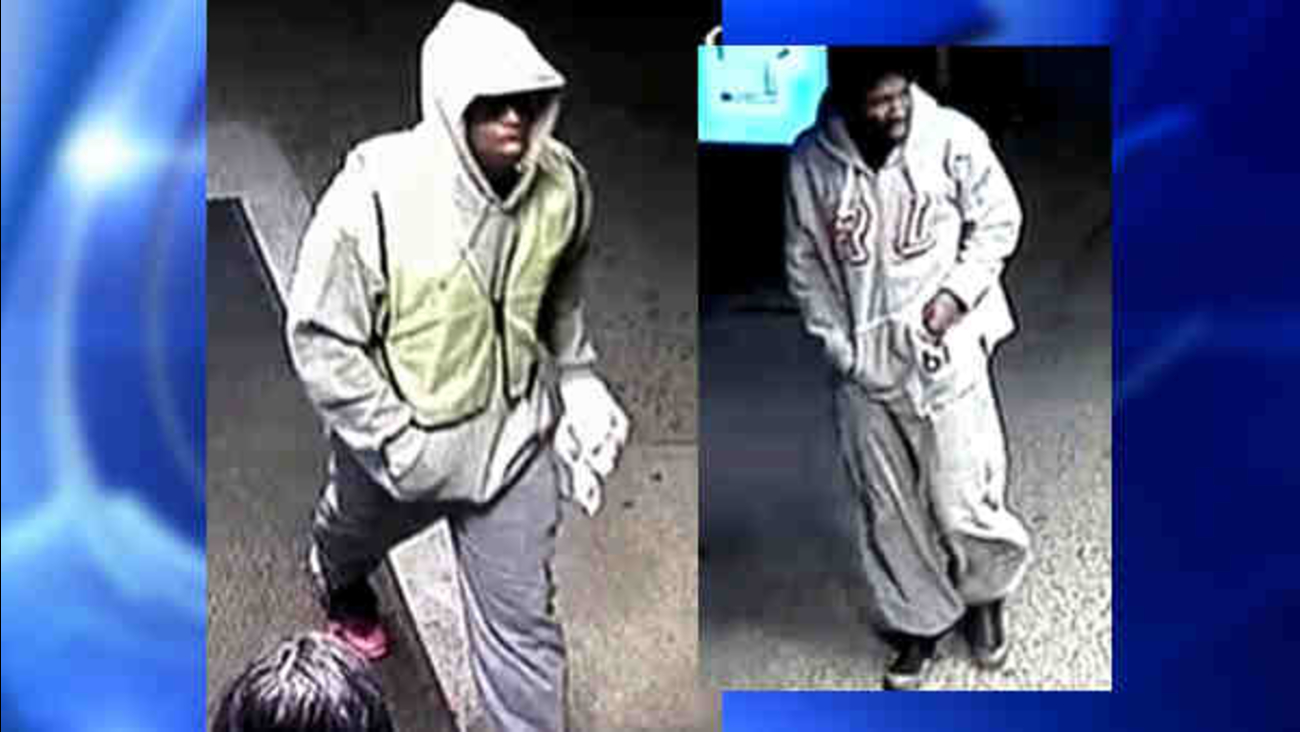 NEW YORK (WABC) -- Police are looking for two men they said robbed an MBA Wireless store and a pharmacy, both on the Upper East Side.

Around 4 p.m. Thursday, two men wearing masks, entered the MBA Wireless store at 1171 Second Ave., and one of them produced a gun and demanded money. An employee complied and the suspects fled with about $250. There were no injuries reported, according to the New York City Police Department.

A few hours later, the same two suspects went to Cure Pharmacy at 1025A Third Ave., again wearing masks, police said. One man walked to the cash register, showed a gun and demanded money, while a second suspect went to the rear of the store, also with a gun.

The second suspect demanded all the "oxy" (oxycodone), and asked employees, "Do you think I'm playing?" as they tried to comply. The suspect fired into the store's rear wall, then was given the oxycodone in a white paper bag, the NYPD said.

The second suspect then told the employees to lay on the ground, and both fled, according to the NYPD. There were no injuries incurred in this incident as well. In addition to the drugs, the suspects also left with $300.

On April 22, police announced a third incident possibly by the same suspects. Around 2:30 p.m. on April 4, according to the New York City Police Department, three men entered the Fordham Family Pharmacy, at 202 W. Fordham Road, showed a black firearm and stole Oxycodone tablets, Percocet tablets, Lotto tickets and $400 cash. There were no injuries.