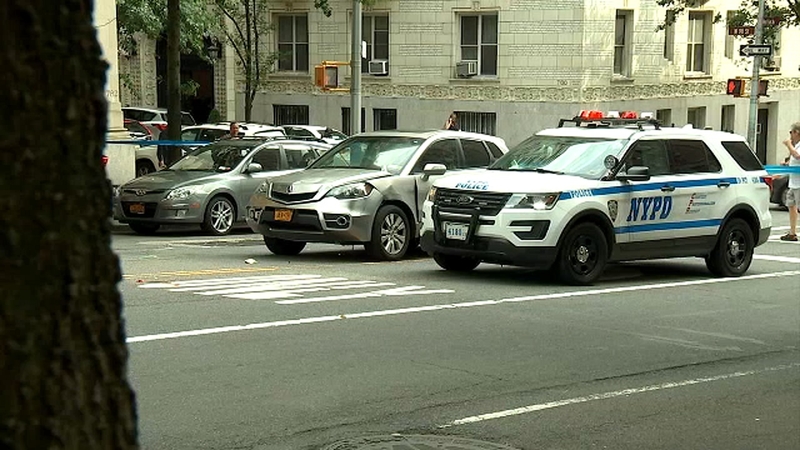 2 injured in Upper West Side hit and run

UPPER WEST SIDE, Manhattan (WABC) -- Two people were injured after being struck by a car on the Upper West Side on Friday, police say.

The victims were struck on 98th Street and West End Avenue shortly after 3:30 p.m.

Police say both pedestrians were crossing West End Avenue in the crosswalk when they were struck by a grey Acura.

The victims were described as a male in his 50s and a 65-year-old female.

Both pedestrians are expected to survive.

Police say the driver of the car remained on the scene.