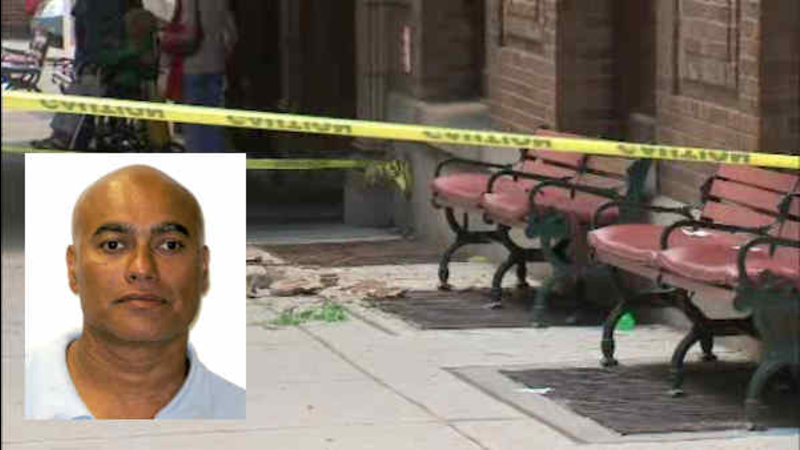 UPPER WEST SIDE (WABC) -- An engineer has been arrested on a charge of falsely filing an inspection report after authorities say he lied about inspecting a facade that collapsed and killed a 2-year-old girl in Manhattan earlier this year.

A city report found a series of regulatory lapses and the feigned inspection report preceded the collapse at The Esplanade, a senior living facility on West End Avenue on the Upper West Side.

The results of the Department of Investigation's probe into the circumstances surrounding Greta Greene's May 2015 death were released Tuesday. A piece of a window sill on the building tumbled eight stories down and landed on her stroller.

Parents Jayson and Stacy Greene released the following statement after the report was released:

"We were surprised and dismayed to learn of the numerous failures to keep this building safe -- from the fraudulent inspection, to the lack of follow-up from the DOB, and the Esplanade's negligence. We anticipate more will be uncovered, and are grateful that the DOI and District Attorney's office have taken this investigation so seriously. Our hope is that these findings will lead to stricter regulations surrounding building inspections and repairs citywide, and that we can prevent what happened to Greta from ever happening again. We remain heartbroken over our loss, and it is painful for us to discover just how preventable it was."

The engineer, 55-year-old Maqsood Faruqi, pleaded not guilty. He faces up to four years in prison if convicted.

Greene was with her grandmother when she was hit by a piece of terracotta. She died the following day at a hospital.

Department of Buildings officials had fined The Esplanade for failing to secure the building's facade but didn't send out inspectors, even after a private consultant noticed alarming cracks and notified top buildings officials two months before Greene's death, the report found.

"I would get someone over pretty quick on this," the consultant emailed a top buildings official, according to the report.

A local law established after a similar deadly accident in 1979 requires owners of buildings six stories or taller to file facade safety inspection reports every five years with the Department of Buildings. Officials there receive about 27,000 of them each reporting cycle, according to the report.

Investigators examining such reports found that 2,490 buildings, many of them city-owned, filed such reports in February that concluded the facades were unsafe, the report found. Four months later, fewer than half had filed reports noting the unsafe conditions had been fixed, it found.