Jerry Seinfeld will do residency at Beacon on Upper West Side 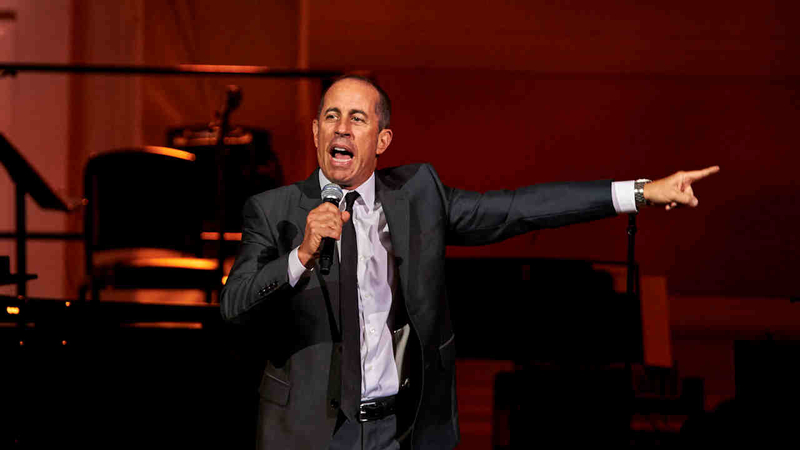 UPPER WEST SIDE, N.Y. (WABC) -- Comedian Jerry Seinfeld will perform once a month at the Beacon Theatre in 2016.

The "Jerry Seinfeld: The Homestand" residency was announced Tuesday by the Madison Square Garden Company, which owns the Beacon.

"My favorite theater in New York to perform in has always been The Beacon," Seinfeld said. "Comedians live for certain houses that just feel alive for some reason."

Seinfeld lives in New York City with his wife and three children. He remains active as a standup performer, touring nationally and internationally.

"A career kind of comes out that culture you grew up in," he said. "And I feel like New York and Long Island is kind of what gave me the perspective to do what I do."

Seinfeld continues to make a fortune from his TV series, which still runs all over the world. So he doesn't have to work, and yet he is set to do at least half a dozen shows in the city starting January 7.

"I'm a comedian," he said. "I mean, when people laugh, that's the only thing in my life that isn't work."

Seinfield got the idea to do the residency from Billy Joel when the comic attended one of the Piano Man's monthly shows at Madison Square Garden.

"First of all, he's such a great performer, his show is so great," Seinfeld said. "Who else could do something like this? And then I thought of myself."

The Beacon, a 2,800-seat venue on the Upper West Side, underwent a seven-month restoration in 2008.

"I feel like I go around the country showing people what a New York attitude is," Seinfeld said. "So this is where it belongs."