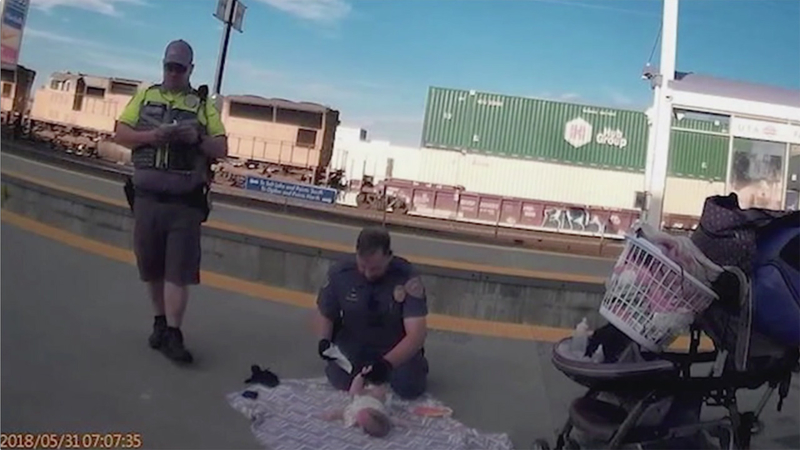 When responding to a call about a child in danger, one Utah police officer saw the need to attend to the child's immediate need by changing her diaper.

Utah law enforcement were called following an incident where a woman reportedly struck a man on a commuter train. The Davis County Sheriff's Office described the woman as "a mentally challenged female who was having an episode while with her infant."

Farmington Police Officer Ballard noticed the 2-month-old infant had a full diaper and stepped in to change it immediately on the train platform.