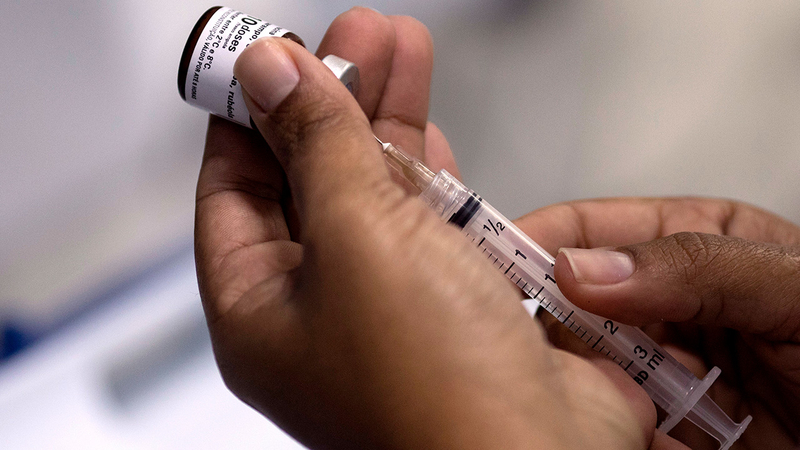 Lamont, a Democrat, and Health Commissioner Renee Coleman-Mitchell proposed that the General Assembly do away with the exemption by the start of the 2021-22 school year.

The decision follows the recent release of statistics from the state Department of Public Health showing the percentage of Connecticut kindergarteners who were vaccinated against measles, mumps and rubella dropped from 96.5% in the 2017-18 school year to 95.9% in the 2018-19 school year.

There have been 1,241 cases of measles reported in the United States this year, the Centers for Disease Control and Prevention reported Monday, but just three in Connecticut.

"Sometimes legislatures like to wait until the emergency and then act," Lamont said. "Wait for the bridge to go down, wait for that measles epidemic. And that's not the way you deal with public safety."

The U.S. Supreme Court ruled in 1905 that states have the right to enforce compulsory vaccination laws, but opponents argue it should be up to parents to make health care decisions for their children.

But Coleman-Mitchell said that unvaccinated children pose a risk to classmates who have compromised immune systems or other health problems that prevent them from receiving vaccinations.

Lamont and Coleman-Mitchell were joined by leaders of the legislature's Democratic majority, who said expect the legislation to pass in next year's regular session of the General Assembly.

"This is not a religious issue," said Senate President Pro Tempore Martin Looney. "This is a public health issue, and there is no valid reason for children not to be vaccinated except for health-related reasons."

New York and Washington state both recently removed religious or philosophical exemptions to vaccines, joining California, Mississippi and West Virginia. Maine will remove them in 2021. All states allow medical exemptions.