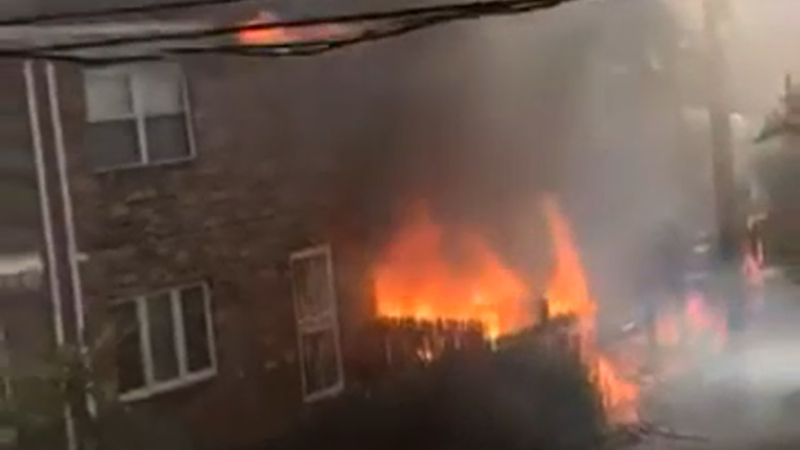 Officials say at least three townhouses on North Corona Avenue near Hendrickson Avenue in Valley Stream were damaged by the flames.

Traffic in the area was shut down as crews worked to control the blaze, which broke out just after 10:30 a.m.

"It was scary," one resident said. "I think anybody would be a little scared. But we're all fine. That's most important."

The fire began outside one of the buildings and is believed to be electrical in nature, and it quickly spread to several buildings and out through the roof.

"As our units were responding, we upgraded it to a building fire due to the fact that upon arrival we had three apartments that were on fire," Second Assistant Chief Patrick Scanlon said. "The residents are saying that it's an electric pole in the back was on fire. That might be the cause, but the cause has yet to be determined."

Residents were able to evacuate, and there are no reports of injuries at this time.

"My family is fine, my mom is OK," resident Natalie Cange said. "I mean, things can be replaced but thank God everybody is OK."