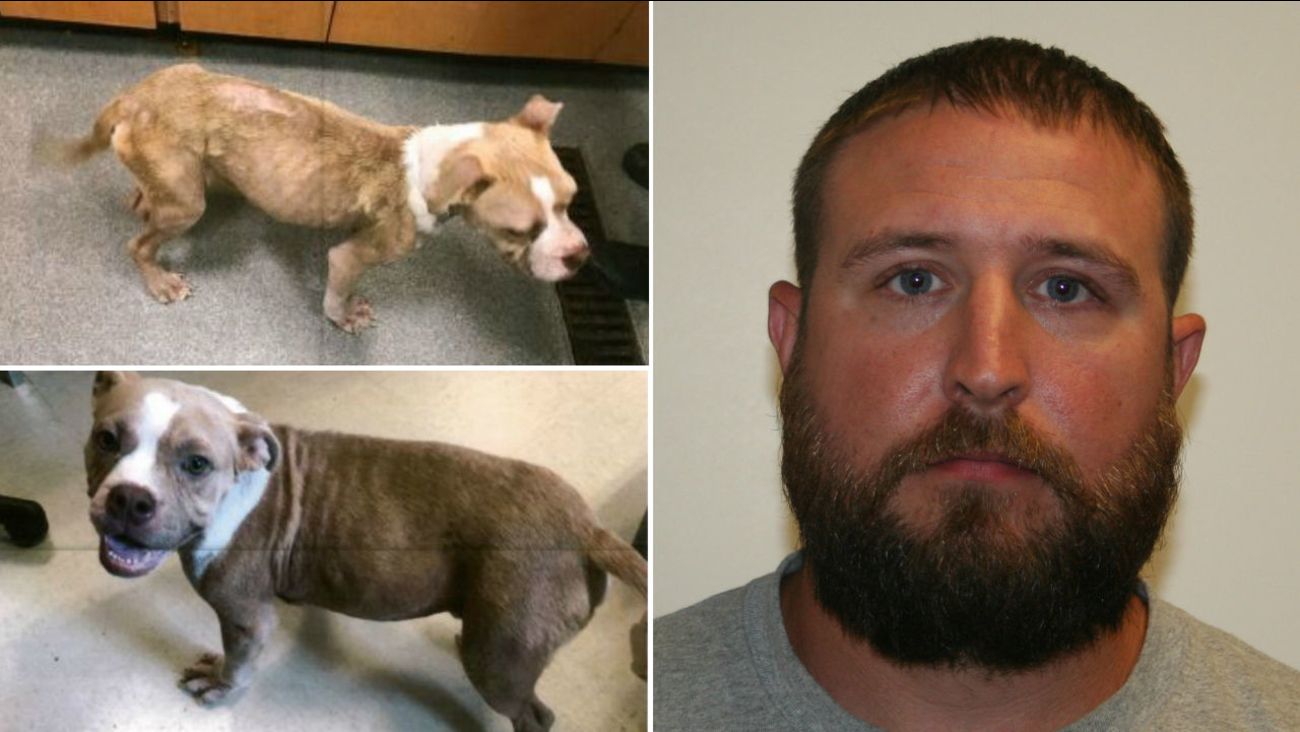 VALLEY STREAM, Long Island (WABC) -- A Valley Stream maintenance department employee is accused of neglecting his dog to the point of emaciation.

James Rosenbaum, 30, was arrested Monday on charges of overdriving, torturing and injuring animals as well as failure to provide sustenance.

Officials said a woman saw a dirty, emaciated dog all alone in the middle of Cedar Street on Aug. 12. The woman caught the dog and took him to the animal shelter.

The 1-year-old terrier mix, since renamed Cedar (after the street where he was found), only weighed 23 pounds at the time, which is approximately 20 pounds underweight. He also suffered from bald patches, overgrown nails and leg deformities.

"Studies have repeatedly shown that animal cruelty is a gateway crime to further violence, and we are committed to aggressively prosecuting these cases to better protect the animals and the people of Nassau County," Nassau County District Attorney Madeline Singas said.

Rosenbaum's bail has been set at $750 bond and is due back in court Wednesday. If he is convicted, he faces a maximum of one year in jail.

Cedar has since been adopted by a family.