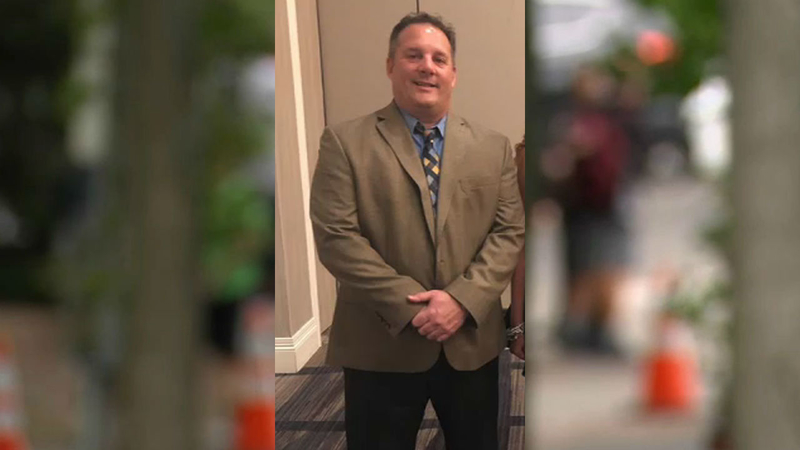 Authorities say 52-year-old Paul Iantosca, of Randolph, is the principal of Valleyview Middle School in Denville.

The details of the allegations have not been released, only that they are related to actions he is alleged to have engaged in with a female 16-year-old former student.

He is charged with second-degree attempted sexual assault, second-degree luring, and endangering the welfare of a child, and is currently lodged at the Morris County Correctional Facility.

"I feel for his children, because no matter whether it is true or not, there are kids that he has that don't have their father," one parent said. "There's a child that, if it is true, they've been harmed by something that he has done, so it's hard."

Anyone with additional information relating to these or any related incident is asked to call Detective Lydia Negron at the Morris County Prosecutor's Office at 973-285-6213 or Det. Scot Tobin at the Denville Police Department at 973-627-4900 x9.

"Last evening, I was notified by the Denville Police Department that Valleyview Principal, Mr. Paul Iantosca was arrested and charged with luring, child endangerment and attempted sexual assault with a minor. Mr. Iantosca has been suspended and is not permitted on school grounds or to have contact with any staff or students. This did not occur on school grounds and did not involve any students who currently attend Denville Twp PK-8 schools. This matter will be handled in a court of law, and remains under investigation. Please refrain from posting information on social media, and if you have any information please contact the Denville Police Department at 973-627-4900 ext 9 or Morris County Prosecutors Office Sex Crimes Unit at 973-285-6200."