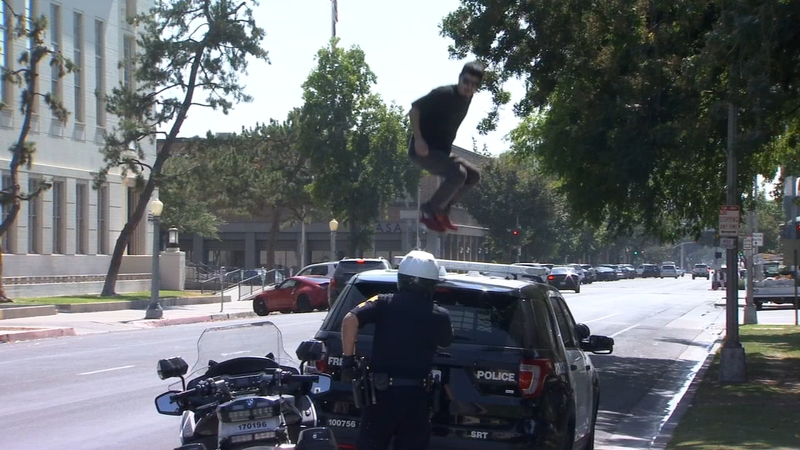 FRESNO, California -- A man was arrested after authorities say he caused thousands of dollars in damage to a police car in California, and the entire incident was caught on camera.

Police say an officer saw 23-year-old Adolfo Martinez Lopez on top of a police SUV at M Street and Mariposa in Downtown Fresno.

Lopez was seen stomping on the car, smashing windows, and repeatedly jumping up and down.

Officers reportedly attempted to talk Lopez down, but after a half hour, they rushed the suspect and took him into custody.
EMBED More News Videos

A man has been arrested after he caused thousands of dollars in damage to a Fresno Police car in Downtown Fresno.

A police officer suffered a small cut to his hand.

Lopez was taken to the hospital for evaluation.