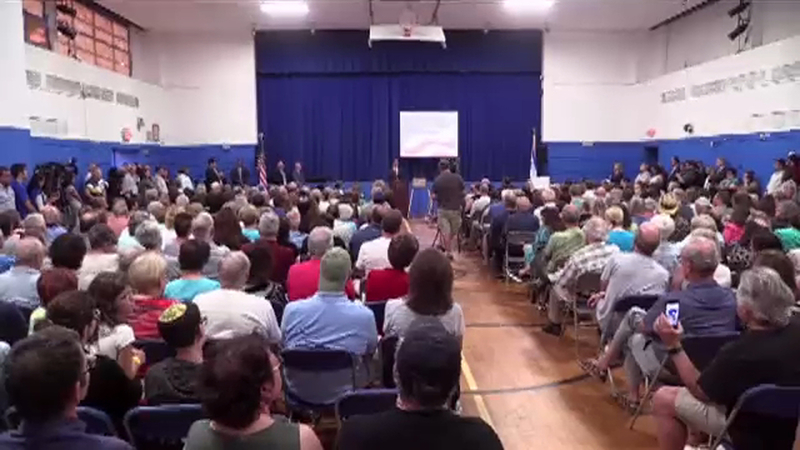 Rally against hate on Long Island

PLAINVIEW, Long Island (WABC) -- There was a massive show of support on Long Island for the fight against hate, following an act of vandalism at a school.

Community members gathered for the "Break the Hate" rally Sunday night at a Jewish community center in Plainview.

Dozens of organizations took part in the rally, which called on participants to promote mutual respect for all people.

"There's so much more that we share in common with each other than divides us," said Rep. Thomas Suozzi. "And a turnout like this, a community coming together like this from all different backgrounds is the message that we need right now, that love is more important than hate, that we've got to work together and stand vigilant against the haters."

The rally was planned after someone vandalized Syosset High School in Nassau County.

Police are investigating the spray painting of swastikas and other anti-Semitic messages on walls, doors and windows of the school.

Nassau County police say "MS13" and profanities also were found painted in the rear of the school.

MS-13 is the Salvadoran-based street gang that has been blamed for more than 20 killings on Long Island in the past year and a half. It was not immediately clear who was responsible for the graffiti.

Syosset School Board trustee Joshua A. Lafazan issued a statement decrying the graffiti. He said he will call for increased security at all the school district's 10 buildings.

Detectives believe the vandalism occurred between 2 a.m. and 4 a.m. Sunday.