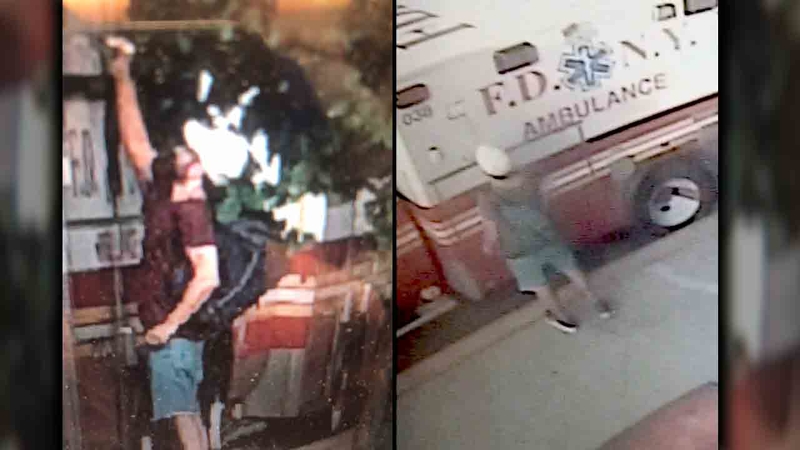 WASHINGTON HEIGHTS, Manhattan (WABC) -- Four more ambulances have been vandalized in a string of attacks targeting FDNY vehicles in Manhattan.

The suspect is acused of vandalizing 5 FDNY ambulances with swastikas.

They say he was seen drawing swastikas and scribbled the words "Nazi pigs" on the vehicles about 7 a.m. Sunday at the EMS station on West 172nd Street.
EMBED More News Videos

The suspect is described in between his 30s and 40s, wearing a maroon shirt with jean shorts and carrying a black backpack.