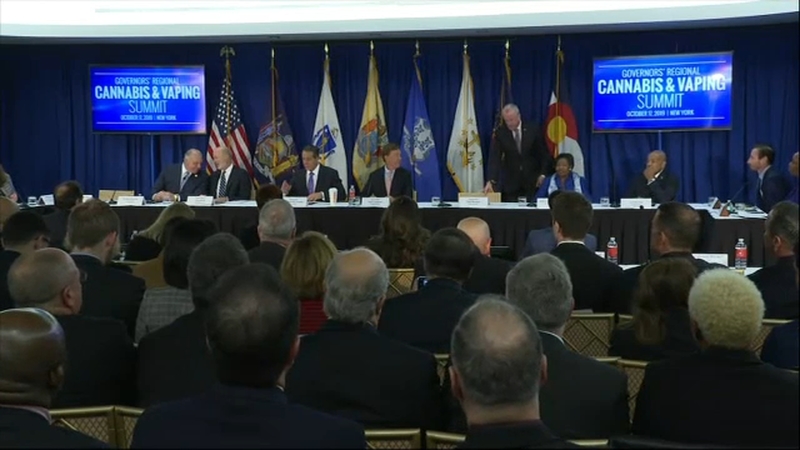 NEW YORK (WABC) -- Lawmakers from several states are in New York City Thursday for a summit addressing the vaping crisis.

The summit is being co-hosted by the governors of New York, New Jersey, Connecticut, and Pennsylvania.

They're looking to discuss policy when it comes to cannabis and vaping, while discussing ways to work together as a region to tackle the crisis that has killed more than two dozen people.

An opening session is being followed by several policy sessions continuing throughout the day.

There are increasing calls for a vaping ban following the death of a 17-year-old boy from the Bronx - the first such death in New York state and what could be the youngest fatality connected to vaping in the United States.

There are 1,479 reported cases and 33 deaths, according to new data released by the CDC Thursday. The age range of publicly reported deaths is between 17 and 71.

On Thursday, Juul Labs announced it would stop selling fruit and dessert flavors, acknowledging the public's "lack of trust" in the vaping industry.

The flavors affected by Thursday's announcement - mango, crme, fruit and cucumber - account for 10 percent of Juul's sales. It will continue selling its most popular flavors, mint and menthol, for now. A spokesman said the company is reviewing its products and practices and has not made "any final decisions."

The CDC is looking into products containing THC, the psychoactive compound in marijuana as one possible factor, but patients have reported using a variety of different brands, some with only nicotine.