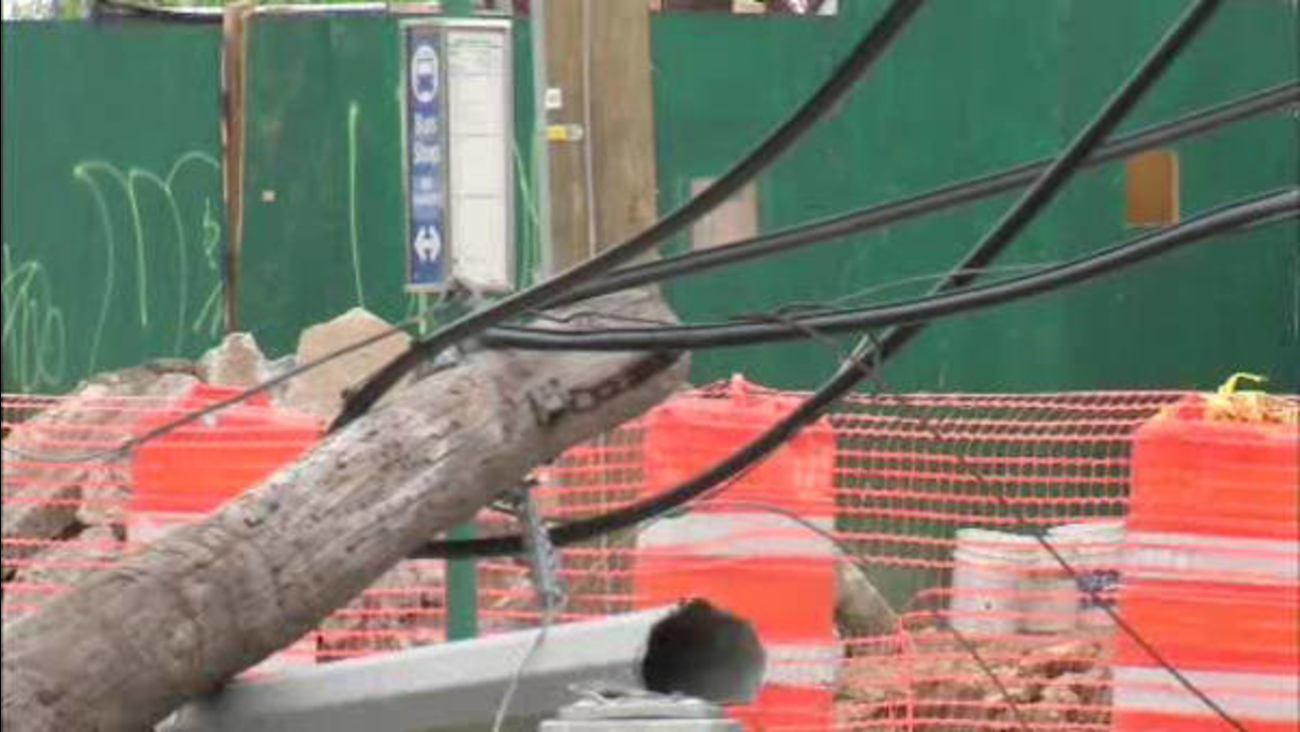 CAMBRIA HEIGHTS (WABC) -- A trucker driving his 18-wheeler south on Francis Lewis Boulevard Wednesday in Cambria Heights, Queens clipped some low hanging Verizon wires, as well as the top of the utility pole that was holding them up.

Power lines remained intact and there was no disruption in electric service in the area.

The truck has since left the scene.

"I had a gut feeling, I heard the wires so apparently I didn't go far, I noticed real quick," said the truck driver, Chester Henry. "Probably would have been a lot worse if I had kept going so it's a good thing I saw it and heard it."

A middle-aged woman on the sidewalk was injured in the incident. The extent of her injuries is not known but were not believed to be serious, according to bystanders.

"I was really shook up because the lady got caught with the wires. She was on the floor, so I was concerned about that. I hope she's OK", said Henry.

An NYPD officer on the scene said that the trucker should not have been on this stretch of Francis Lewis Boulevard, and that trucks are prohibited south of the intersection with Springfield Boulevard.