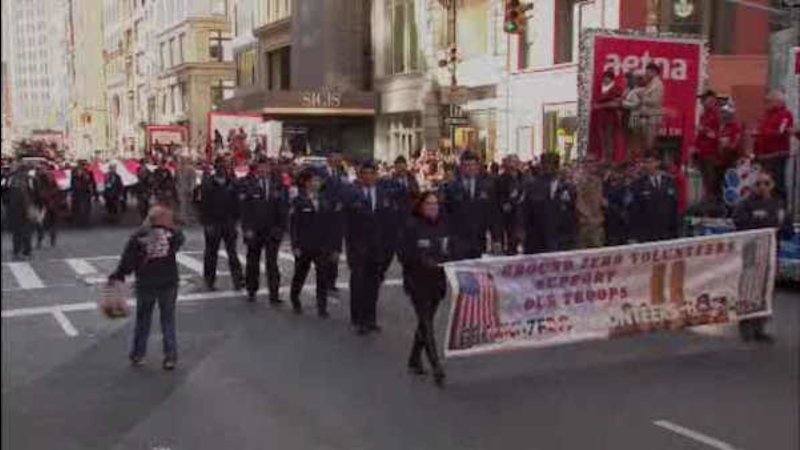 More than 250 groups and 20,000 participants, including veterans of all eras, military units, civic and youth groups (including Junior ROTC), businesses, and top high school marching bands from across America took part in the annual celebration.

Floats, military and vintage vehicles and other special elements added to the excitement, which was viewed by more than a half million spectators.

The parade kicked off at 11:15 a.m. on Fifth Avenue at 26th Street and traveled north up to 52nd Street.

This year's parade commemorated the 15th anniversary of 9/11, with special recognition of Afghanistan, Iraq, and other Post-9/11 veterans, as well as first responders. It also marked the 25th anniversary of the Operation Desert Storm.