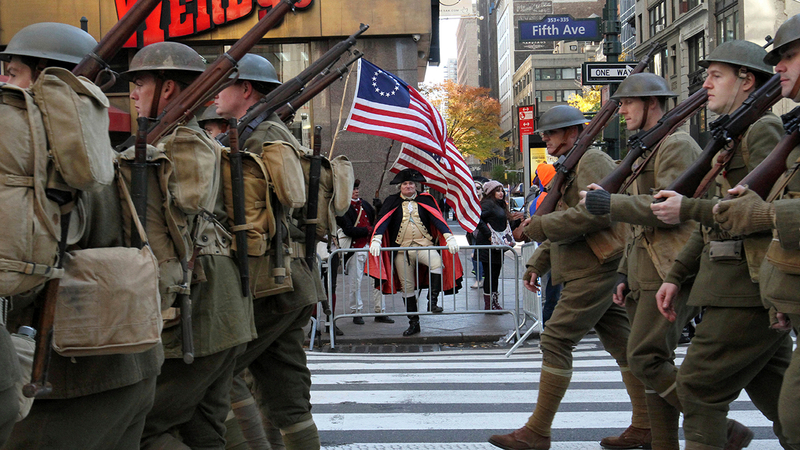 Thousands of marchers from more than 300 units in the Armed Forces took part.

Marching bands played patriotic songs and onlookers waved American flags as the parade with its marchers and floats made its way up Fifth Avenue.

This year's parade commemorated the centennial of the end of World War I. The U.S. Army was this year's featured military branch.

Paying tribute to and honoring those who serve in the #armedforces #nyc #veterans day #america #abc7ny @abc7ny pic.twitter.com/0U7RyUimmH

Among those in the parade was a group carrying a giant flag that was displayed at the World Trade Center site in the aftermath of the Sept. 11 attacks.

The grand marshal was U.S. Army veteran Florent Groberg, who was awarded the Medal of Honor for his service in Afghanistan.


On the sidelines, families of those serving or who have served carried pictures or other mementoes of their loved ones.
The parade kicked off at 11 a.m., beginning in Madison Square Park and ending on 52nd Street.

It is considered the largest Veterans Day Parade in the nation.