WABC
By Sandra Bookman
CLAREMONT, The Bronx (WABC) -- A medical resident, wounded during a deadly shooting rampage last summer at Bronx Lebanon Hospital, has filed a lawsuit against the hospital and the gun shop that sold the weapon used by the shooter.

In that lawsuit, filed last week, Dr. Justin Timperio and his attorney accuse the hospital of "negligence" and allege it was an "ineffective security system" that allowed former employee Dr. Henry Bello to enter the facility using an old ID badge.

Bello has last worked at Bronx Lebanon in 2015.

"I had no idea what was going on," Dr. Timperio said. "It's not something you even think is going to happen to you."

Timperio was shot in the abdomen but managed to escape the gunman, even helping a wounded colleague get away as well.

One female doctor was killed. One patient and five members of the medical staff were wounded, including Timperio.

The suit also claims Upstate Guns and Ammo, the Schenectady gun shop that sold Bello the gun he used during the shooting, did not perform a thorough background check on Bello.

"One of the questions the lawsuit is going to answer is, 'How did Bello get this AR-15?'" said Attorney Arnold Kriss.

Both the gun shop and the hospital have declined comment on the lawsuit. 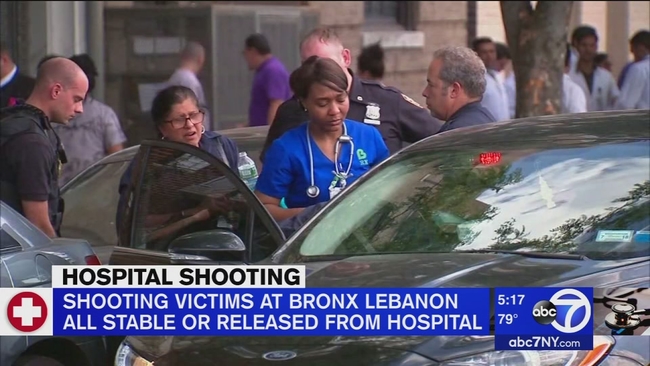