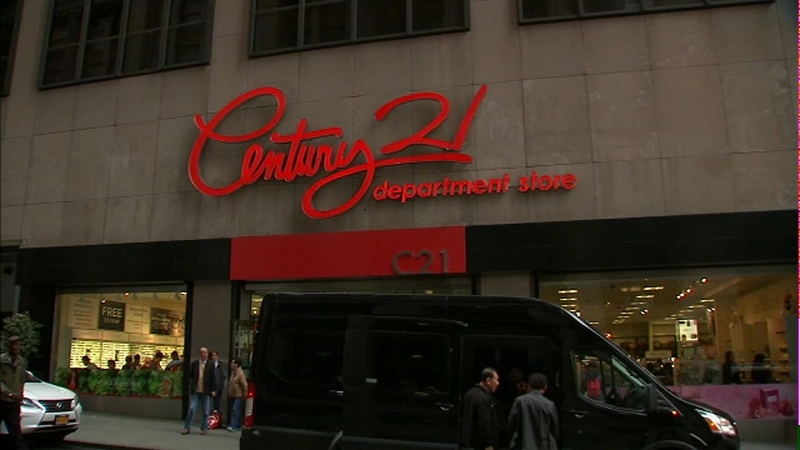 At one point, the video shows security personnel striking Roberson in the face with a closed fist.

"I can't breathe," Roberson can be heard repeating in the video.

Brian Fraser, a witness who recorded the encounter, said he watched Roberson get tackled and thrown to the ground.

"They were in fact kind of choking him. At this point, he's on the ground. He starts to scream, 'I can't breathe I can't breathe,'" he said.

"Spitting or not, there's no justification for you to tackle a man and decide to punch him," he said.

Before the confrontation, Roberson had reportedly triggered a theft detection device while making his way out of the rear door of the Cortlandt Street location, and police said two pairs of stolen Prada shoes, valued at $850, were stuffed into his backpack.

When police arrived on the scene around 8:45 p.m., Roberson was being detained by "loss prevention" personnel at the location.
While placing Roberson in custody, police said the young man complained of neck and back pain. Bystanders also reported that Century 21 security used excessive force, and upon further review, Wilson was arrested and charged with assault.

Roberson was treated at a local hospital and released. He was charged with petit larceny and criminal possession of stolen property.

"We take this situation very seriously. The asset protection team member involved in the apprehension of the alleged shoplifter has been suspended pending an investigation. We will continue to cooperate fully with law enforcement."