VIDEO: Lots of smash, no cash, so burglars take beer 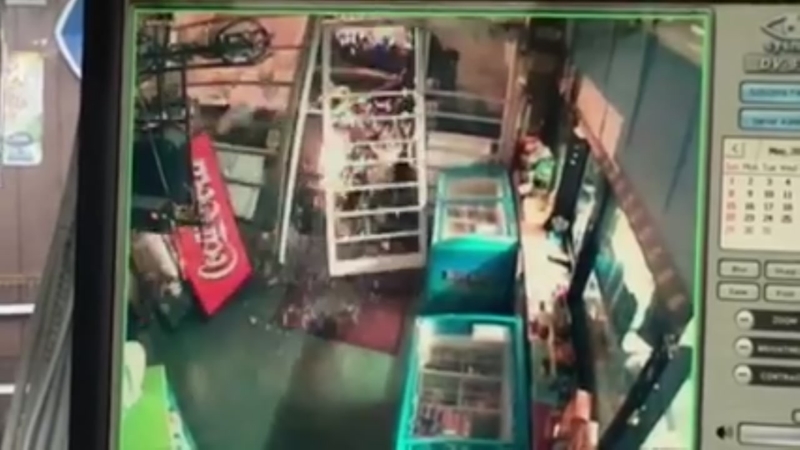 HOUSTON -- A group of burglars were caught on camera smashing a truck into a store in east Harris County, Texas. But they didn't get away with much - just some beer.

We're hearing the burglars backed a truck into the Circle A grocery store in the 14500 block of Woodforest Boulevard at Haymarket Lane around 6:30am.

After smashing into the store's front doors - causing thousands of dollars' worth of damage - two of the men ran through a hole created by the truck and went for the store's ATM. However, it was bolted down. They next went to the store's office, which was locked with a deadbolt.

In the end, we're told they got away with just a couple of beers.

Store owner Amir Maredia said, "It has happened several times before, but that was breaking only the door, but this time they did it too far and they did all this damage to the store."

Fellow owner Ramiz Maredia said, "I'm sure that their parents are not proud of what these kids are doing, they should be in school, they should be doing something better with their lives instead of causing havoc on other businesses for no reason."

The Maredias have given copies of the video to the Harris County Sheriff's Office, they tell us that recently other stores in the area have been robbed in the same way.