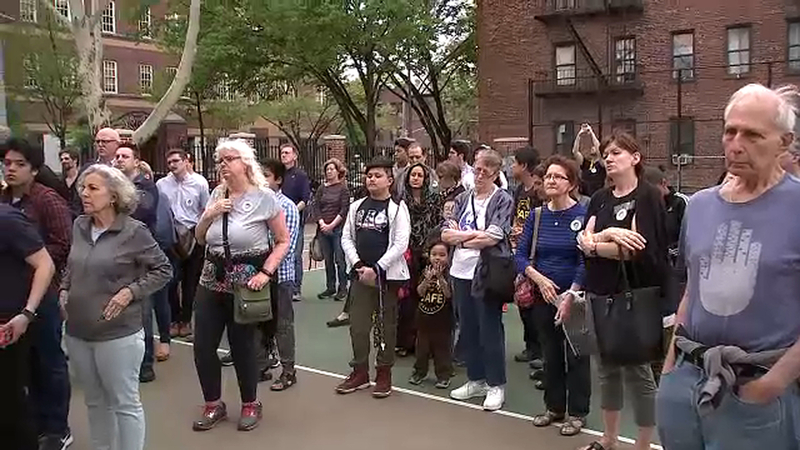 Vigil held for child struck and killed in Queens

JACKSON HEIGHTS, Queens (WABC) -- There was an urgent call to make streets safer as a community remembered a child killed in Queens.

A hit and run driver killed the 9-year-old last week on Northern Boulevard, steps away from his home.

Giovanni's family wants engineers to re-design the street to prioritize safety over speed.

"This is not going to stay like this," said Giovanni's father Raul Ampuero. "I'm going to do something on behalf of my son and I think the city should do something about it. And I don't want no condolence, I don't want 'I'm sorry, I apologize', I want to see actions."

Giovanni was the fifth child killed in less than six years on Northern Boulevard.

Investigators charged the driver accused of fatally striking him.