Police say they are still searching for a third suspect.

MARINE PARK, Brooklyn (WABC) -- Police made two arrests but are still searching for one of the suspects involved in a violent home invasion in Brooklyn.

The incident was reported on Madison Place in the Marine Park section of Brooklyn just after 5 a.m. Monday.

Police said a 72-year-old man was slashed in the head with a box cutter by three suspects who broke into his home. His 71-year-old wife was tied up and sexually assaulted, authorities said.

The suspects took a handgun from the home and left in the victims' 2012 blue Honda.

The man, who is a retired police officer, was treated for a slash wound, but his wife refused medical attention at the scene.

The victims' 47-year-old son was at home and is being treated as a witness.

Sources tell Eyewitness News that in July, officers responded to the same home for a break-in, but it is not clear whether it is connected to Monday's incident.

Police said Tuesday a man and woman were arrested at the Brooklyn Battery Tunnel in the victim's car.

The search for the third suspect is ongoing. 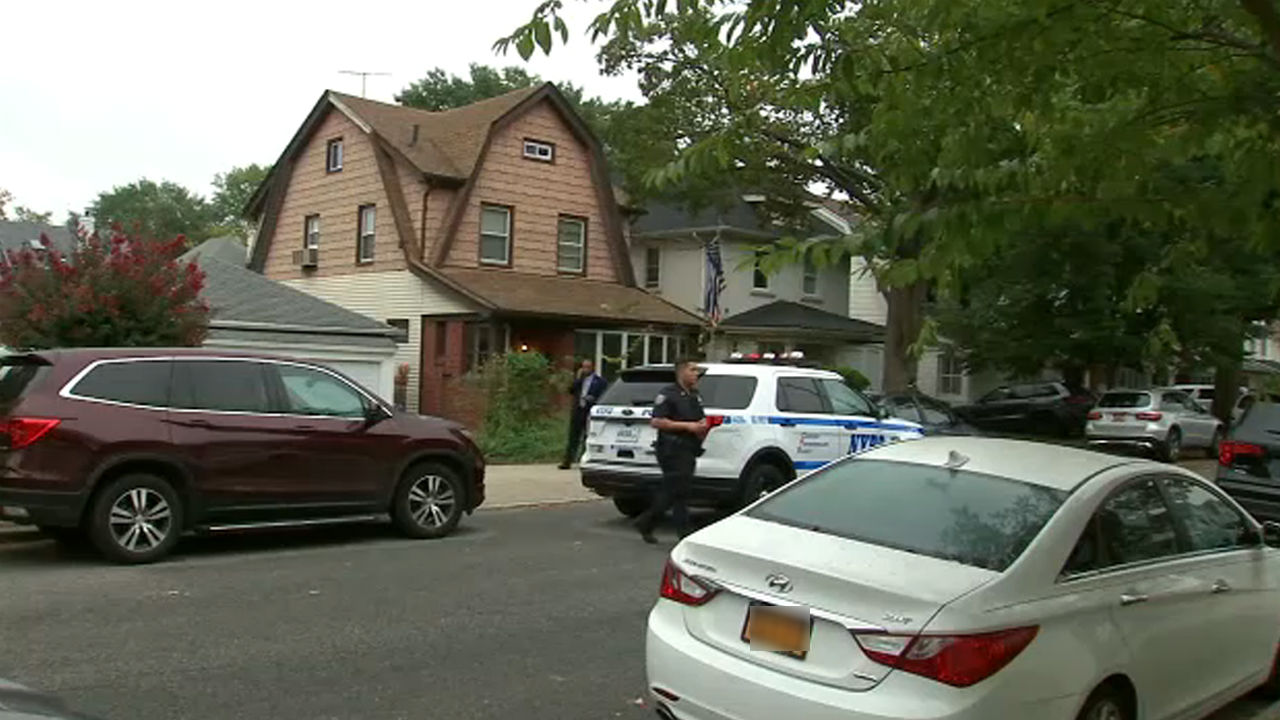